REMINDER – CALL FOR BOOK CHAPTER PROPOSALS: “Palgrave Handbook of Criminology and the Global South” – DUE BY NEXT THURSDAY

Almost 85% of the world’s population live in what might be termed the ‘global south’, comprising three continents . A large proportion of the world’s police and around half of the world’s 10.2 million prisoners are detained in the continents of the global south, across Asia, Africa, Oceania and South America (Walmsley, World Prison List (10th Edition). Yet mostly criminology has concentrated on problems of crime and justice in the Global North.  The division of the contemporary world into North and South loosely approximates  common ways of talking about global divisions. These familiar binaries all expressly privilege ideas of temporal succession: ‘developed’ and ‘developing’, ‘industrial’ and ‘industrializing’, ‘first’ and ‘second’ worlds and ‘the third world’.  In other words, the global North designates the normative benchmark to which the rest of the world will naturally aspire. 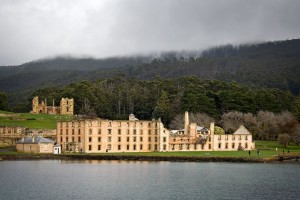 ‘Southern’ may loosely reference a geographical region that reflects familiar global divides, but the seminal point is that there is no global North that is not also the product of centuries old interactions between regions and cultures spanning the globe. During the Age of Empires and the modern period, the global south has been a space of criminological and penal experimentation and transportation, which has produced failures and innovation. And yet, when it has not been plundered as a data-mine, the global south has remained largely invisible in criminological thinking.  This Handbook aims to rectify this omission by providing an expansive overview of criminologies of the global periphery and introduce readers to diverse contributions about the global south that challenge how we think and do criminology and justice. It argues that the primary challenge of contemporary criminology lies in redefining geographic and symbolic limits of the discipline to create globally connected systems of knowledge. Hence the idea of the South captures the fact that there are enclaves of the South within the North and unresolved North/South tensions within many societies (i.e. northern and southern Europe, Southern States of America). This is what we propose in speaking of something called ‘southern’ criminology. (See Carrington, Hogg and Sozzo, (2015) Southern Criminology,  British Journal of Criminology).

Southern Criminology is both a metaphor for centre/periphery relations in crime and justice, in addition to being a reference to the global south – a largely overlooked field for knowledge production in criminology. The purpose of southern criminology is not to dismiss the conceptual and empirical advances that criminology has produced over the last century, but to more usefully de-colonise and democratise the toolbox of available criminological concepts, theories and methods.

If you are interested in contributing to this exciting new development in criminology please send an abstract by 31 March 2016 to:

In your abstract please state how your topic fits with, develops or compliments the project of southern criminology.

If your abstract is selected for inclusion in the handbook chapters of around 6-8000 words will be due early 2017.