“…Many thanks for applying to The Negotiation Challenge 2019. On behalf of the admissions committee as well as the organizing and supporting institutions, we are very happy to inform you that your team has been selected as one of the 18 participating teams in TNC 2019…”

The Negotiation Challenge (TNC) is one of the few international negotiation competitions in the world, originated in 2007 by Dr. Remigiusz Smolinski and Dr. Peter Kesting. These professors wanted to create an environment where their students could not only put their negotiation skills into practice but simultaneously develop their learning through conflict resolution. The winners of the 2007 Negotiation Challenge were Harvard Law School. In 2019, QUT became the first ever university from Australia to compete in The Negotiation Challenge and placed third amongst 17 other top universities worldwide.

As postgraduate students from the Business School, all three members of our team had the opportunity to engage in a negotiation course as part of our Master’s programs. Negotiating Across Borders is an elective course taught by Dr Kathy Moore, who exceeded in her role as our professor and coach for this competition. Not only does this unit give incredible insight into how human beings behave, but Kathy was an exemplary professor, always tying our lessons back to real-world scenarios and making the negotiation as relatable to us as possible.

Being selected by Kathy to represent our university as part of a negotiation team was an incredible honour for all three of us, and we made the most of our application process despite all being scattered throughout different continents at the time. The months of December to February were a blur of preparations, copious drafts and rewrites of our motivation letter, and poring over every grammatical detail on a single sheet of paper (should that comma REALLY be there?) until it was time to send it out. We submitted on the first of February. Eight days later, we received our acceptance via email.

If we thought applying to TNC was hard work, we were not prepared whatsoever for what would happen once three individuals with equally strong, yet differing personalities, were asked to work together as a team. Later, at our negotiation conference in Japan, we would be told that every negotiation team needs three types of people: The Architect, The Dealmaker, and The Diplomat. 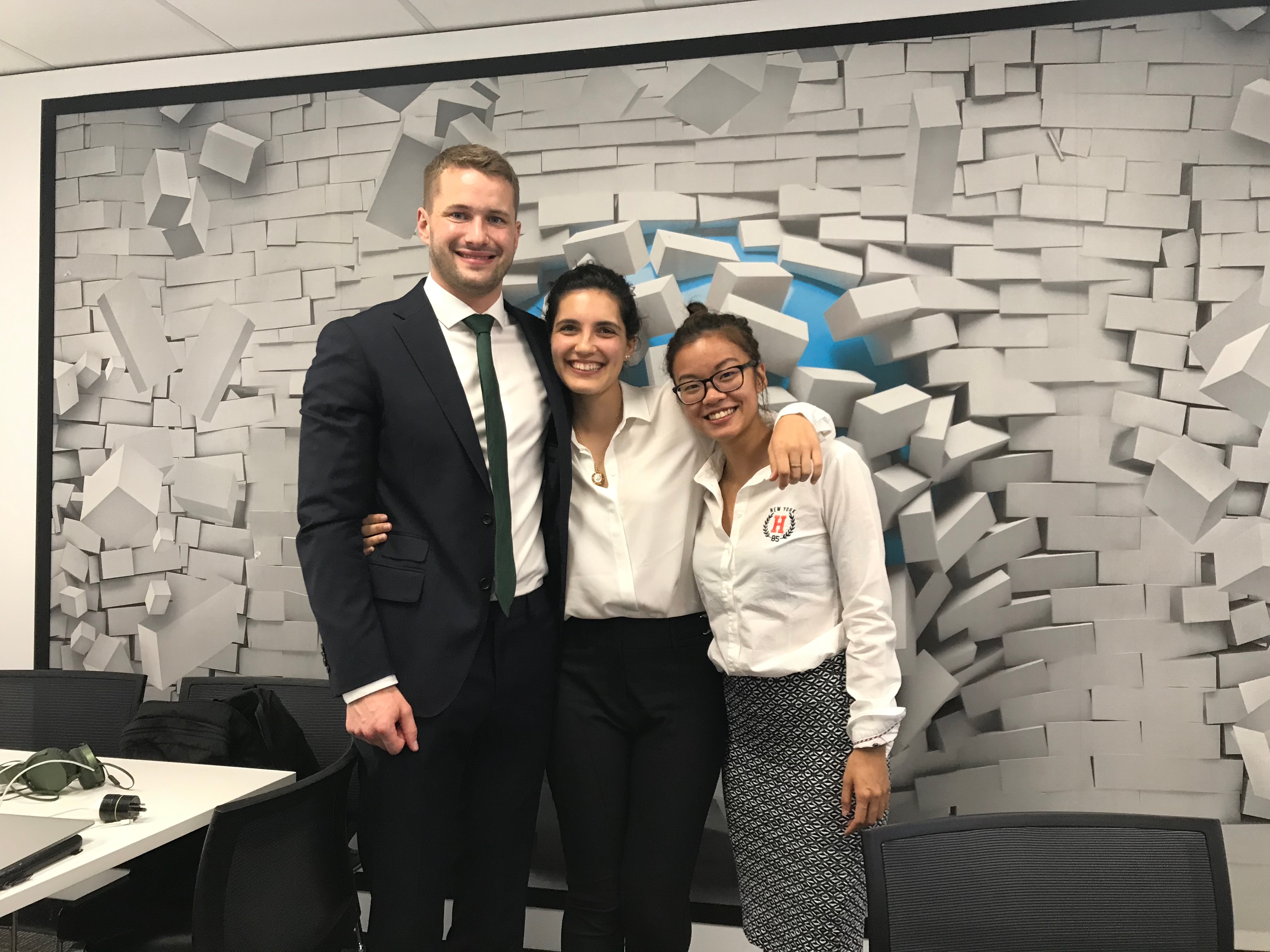 Looking back, although we initially struggled to find our footing as a team, our roles were evident from the start. Despite this, our first negotiation practice round was a mess. To be fair, little more was expected from three people who had never worked together before. Six hours of bickering, interrupting, and the most unimpressive lack of coordination was enough proof of that. During those few weeks we had to prepare, every week was a trial with new obstacles for us to overcome.

Then, something wonderful happened. Somewhere along the line (which included multiple dinner outings and joint study sessions), we learned to listen to one other and work in a way that complemented our individual strengths. By the time our first negotiation rolled around, we had undergone enough rough patches to be able to work seamlessly as a team. We completed the first online round of the competition with newfound confidence, knowing we were finally ready for Kyoto. 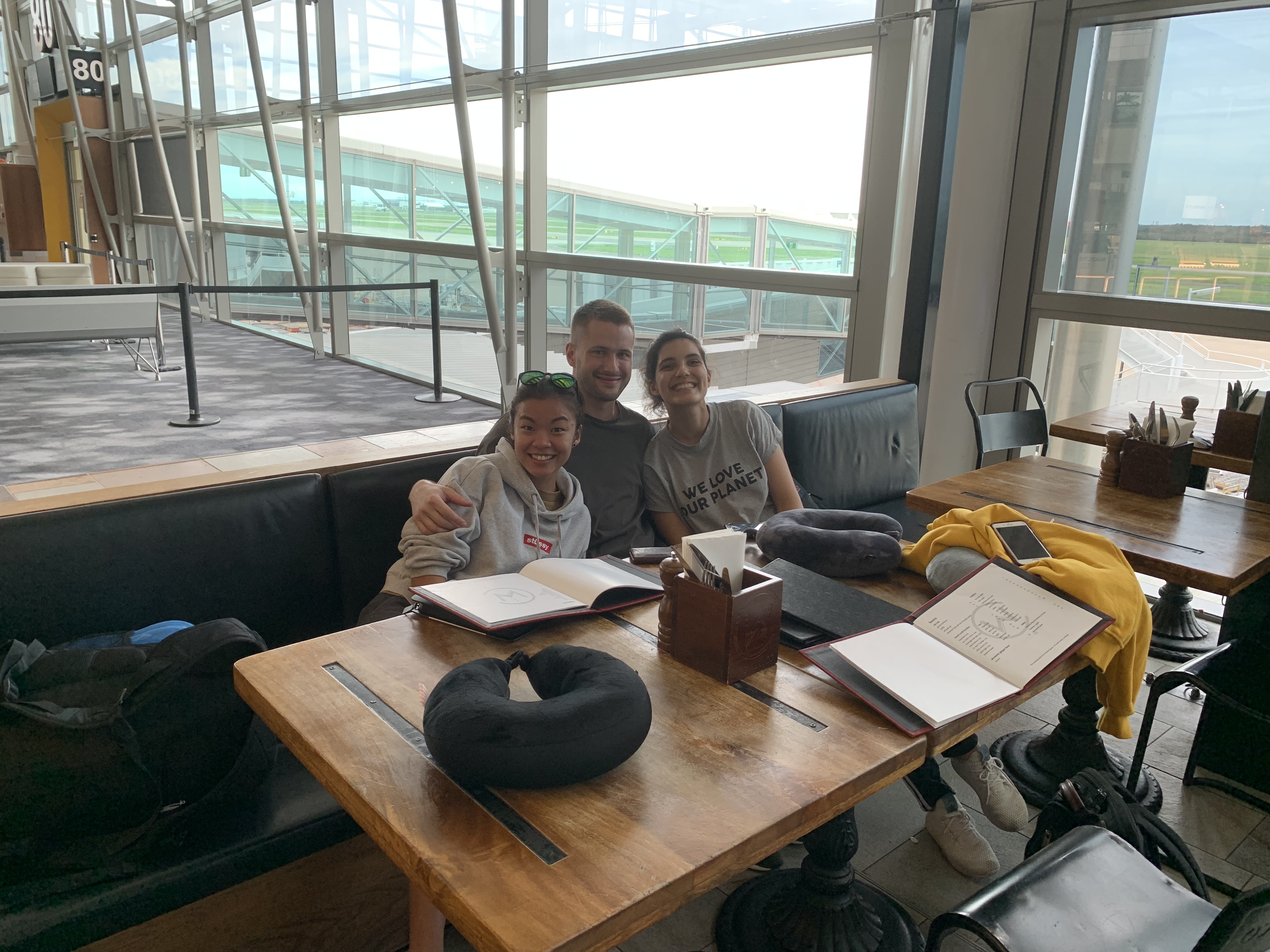 Here’s a picture of the three of us at the airport. Observe the happy faces of three well-fed young adults.

Our welcome into Japan was about as systematic as you’d expect from four people whose knowledge about Japan didn’t move very far past saying ‘hello’ and ‘thank you’. After a slip-up with the arranged accommodation (during which a nice old man offered to let us stay in his one-bedroom house), we ended up at a beautiful hotel in the Kyoto City Centre, only a few kilometers away from Kyoto University, where our competition would be held. We explored as much of the city as we could and took in the rich culture of Japan as we prepared for the competition.

The first day of the competition, we headed out for breakfast in our suits before making our way to the university. Having met our future negotiators and competitors the night before at the welcoming event, we felt confident and ready to put our skills to the test. Our first negotiation was against the team from Athens University of Economics and Business, and they were three of the loveliest people I had the pleasure of meeting that week. 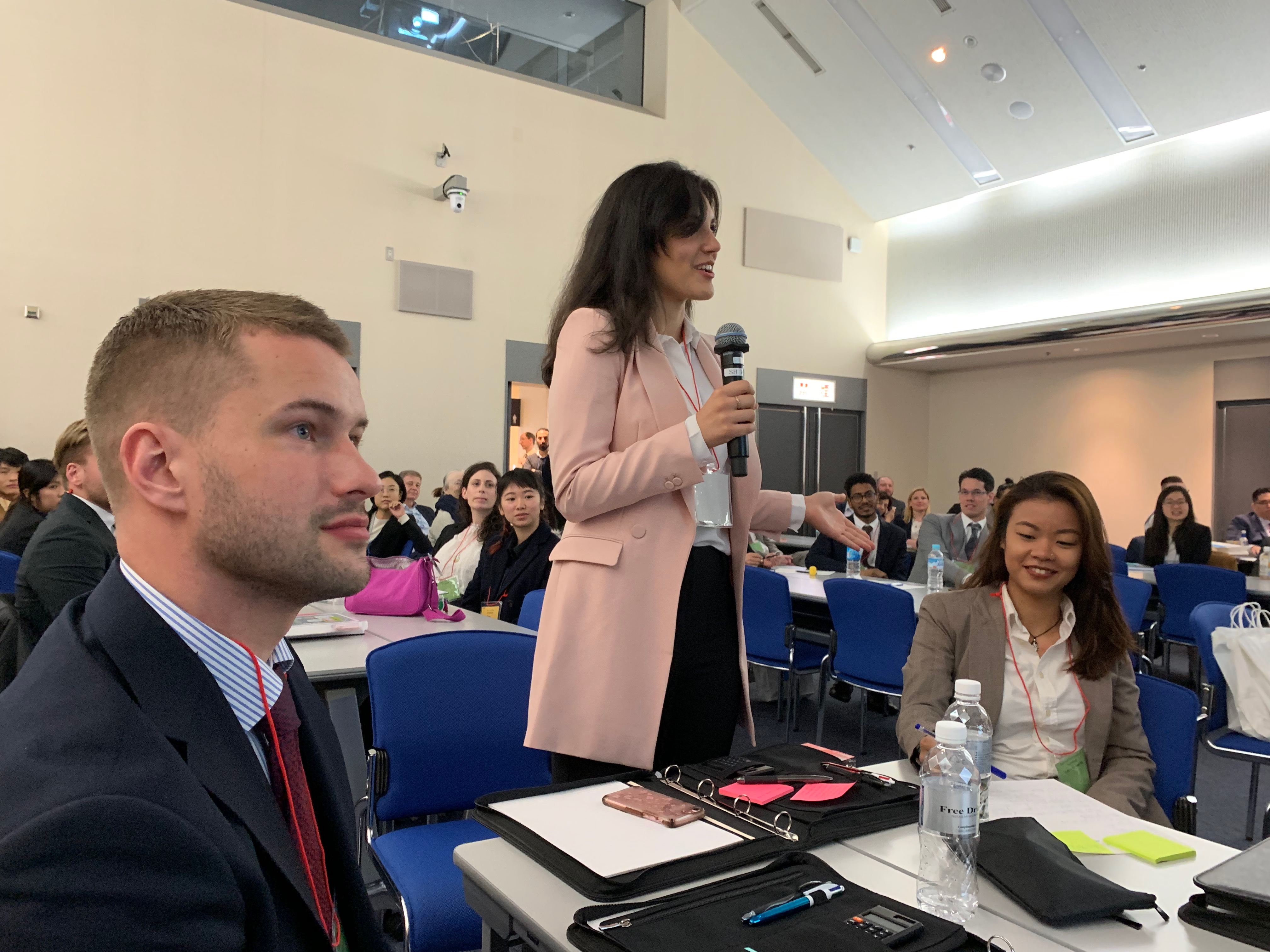 Introducing the QUT Negotiation Team before our first round in Kyoto University.

For me, one of the most wonderful parts of this competition was seeing the level of diversity that encompassed our group of competitors. Surrounded by graduate students in the fields of business and law, all from different parts of the continent, we were surprisingly one of many teams whose members were not originally from the country they were representing. It was so wonderful seeing such a diverse group of people representing our various cultures, and for me, being able to speak Spanish with so many of them made it that much better! In fact, every member of my team found someone to speak to in their mother tongue.

Receiving our confidential instructions became a rush of pre-preparation nerves and a lesson in time management all rolled into one, as there was a lengthy list of issues to discuss and a short 60 minutes to get them all resolved. Even so, it was then that we truly got to see the benefits of all those long Saturday practice sessions. We were in sync as a team, feeding off one another and communicating efficiently and effectively. 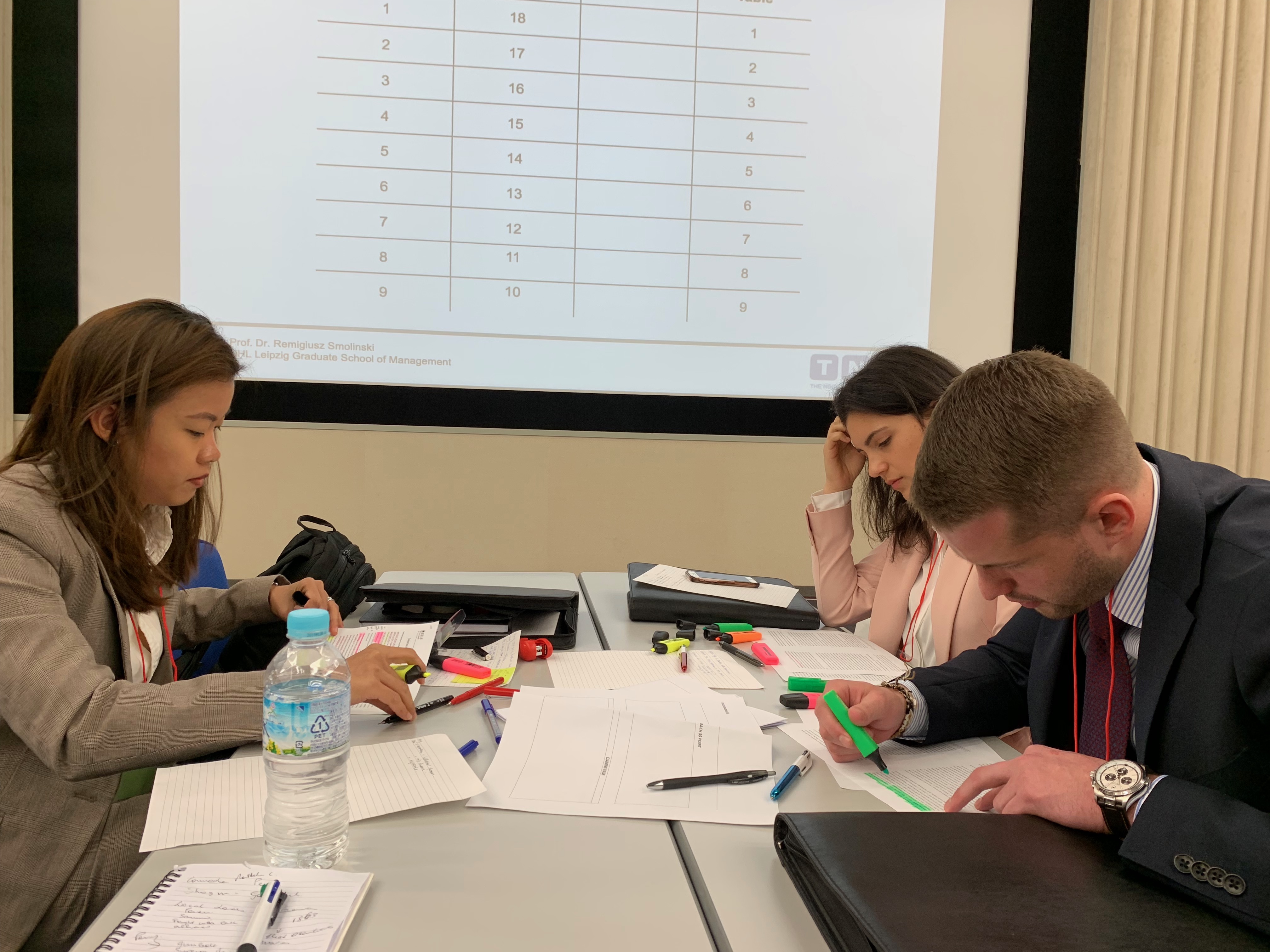 Full concentration as we prepared for our first case. 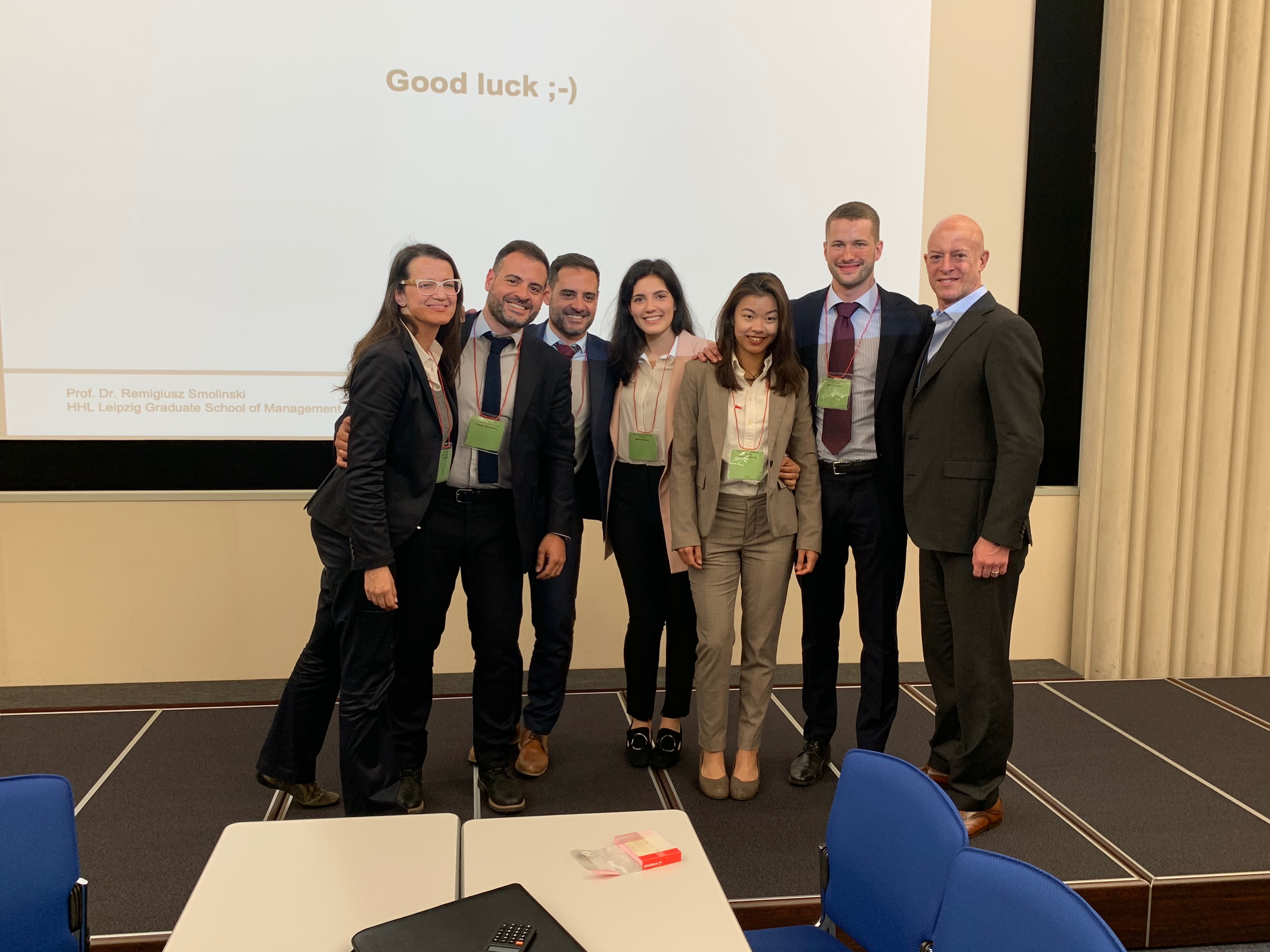 Here we are following our first negotiation with Ioanna, George, and Ilias (Or Ilias and George… they’re identical twins, you can never be too sure).

After a quick lunch, all eighteen teams gathered outside the university, where a set of buses was waiting to transport us to our next location: the Eikan-dō Zenrin-ji. A gorgeous temple set in Kyoto’s Eastern Mountain, Eikan-dō was breathtaking. We were fortunate enough to hold our second negotiation in the temple and even had a monk to guide us and explain with the help of a translator the beautiful history of Eikan-dō and its ties to the Buddhist religion. 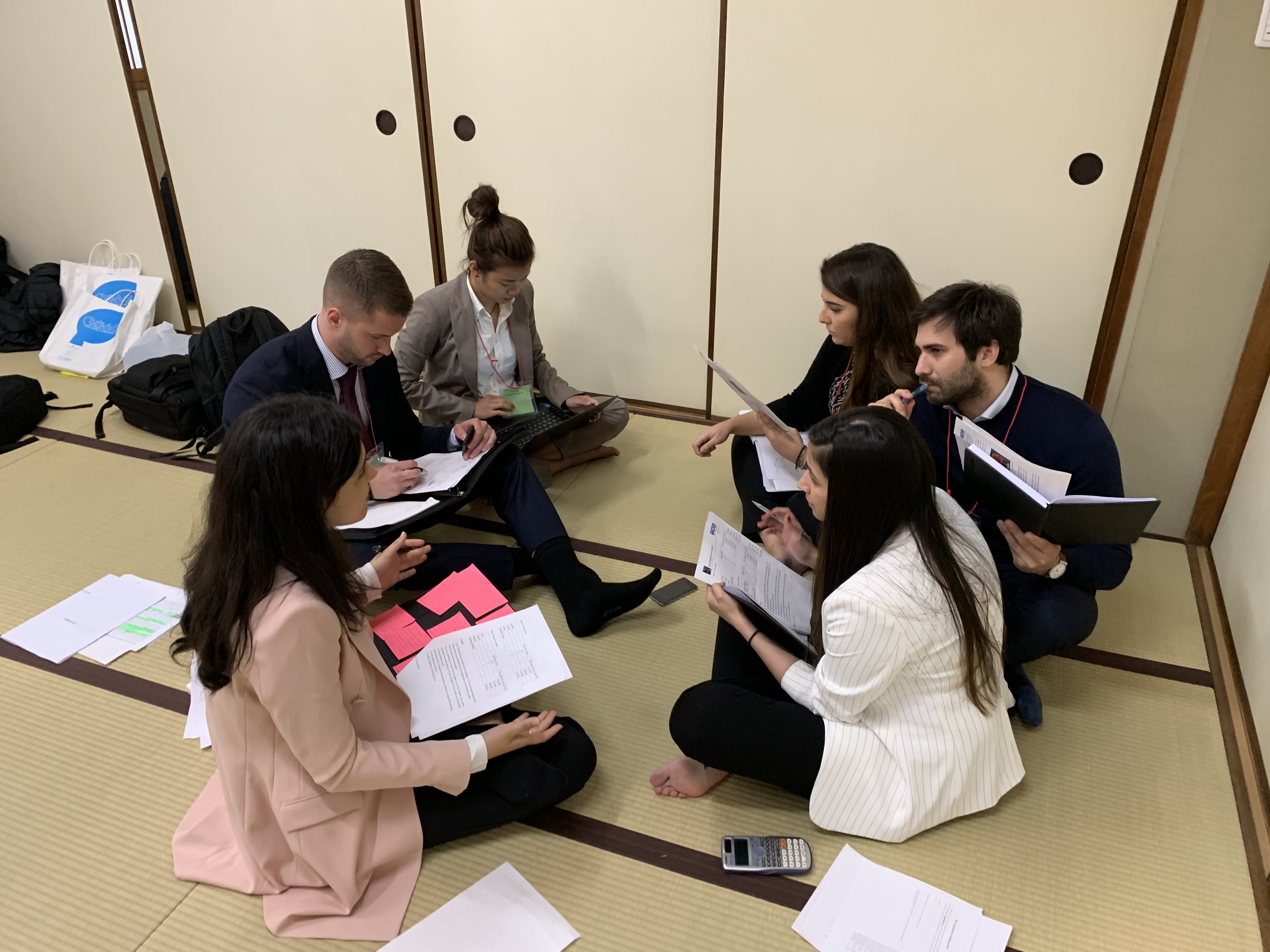 Here you can see us mid-negotiation as we powered through the trading of koi fish and bonsai trees.

On the final day of the challenge, each team was split up for a multi-party negotiation, giving us the chance to perform as individuals amongst our competitors at TNC. This would be our final negotiation round before the two finalists were announced.

Although our team did not make it into the finals, all three of us felt incredibly proud of what we accomplished, and more importantly, what we gained from the experience. The winners of TNC were three confident and brilliant young women representing the Washington College of Law at American University. Their negotiation skills were impressive and inspiring, and it was all the more worth it to see them receive their trophy after witnessing their final negotiation with the team from the University of Twente. 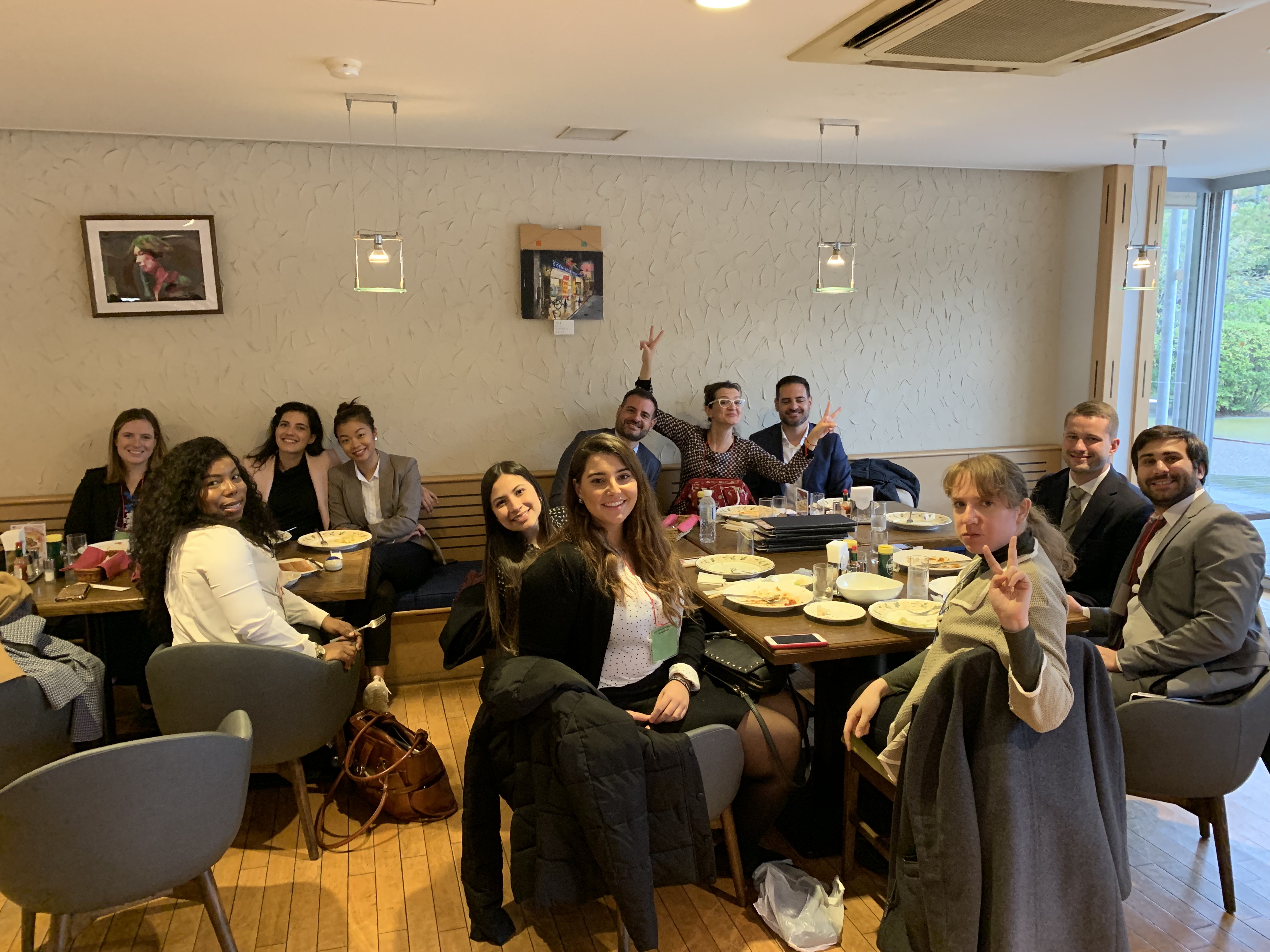 Enjoying lunch with our TNC colleagues after the final round of negotiations.

This experience equipped me with some invaluable life lessons.

We are taught that negotiation is about the creation of value, and we practice ways of expanding the pie and brainstorm creative solutions to difficult problems. However, the capacities of a good negotiator encompass a multitude of skills that are hard to learn in a classroom; things such as emotional and cultural intelligence, conflict resolution, compromise, creativity, assertiveness, and adaptability. Putting these skills to the test amongst such highly talented and skilled individuals was an incredible honour for our team, as was the opportunity to engage with different views and perspectives in order to reach a common ground.

On a more personal sphere, this entire process brought about a lot of self-reflection while also fostering my cultural intelligence and abilities to work cross-culturally with people that think and act differently than I do. Navigating these challenges together brought us closer as a team, and they are lessons we will carry with us as we embark on our different paths in life.

We are immensely grateful for QUT for helping us every step of the way and equipping us to take part in this unique and unforgettable experience. 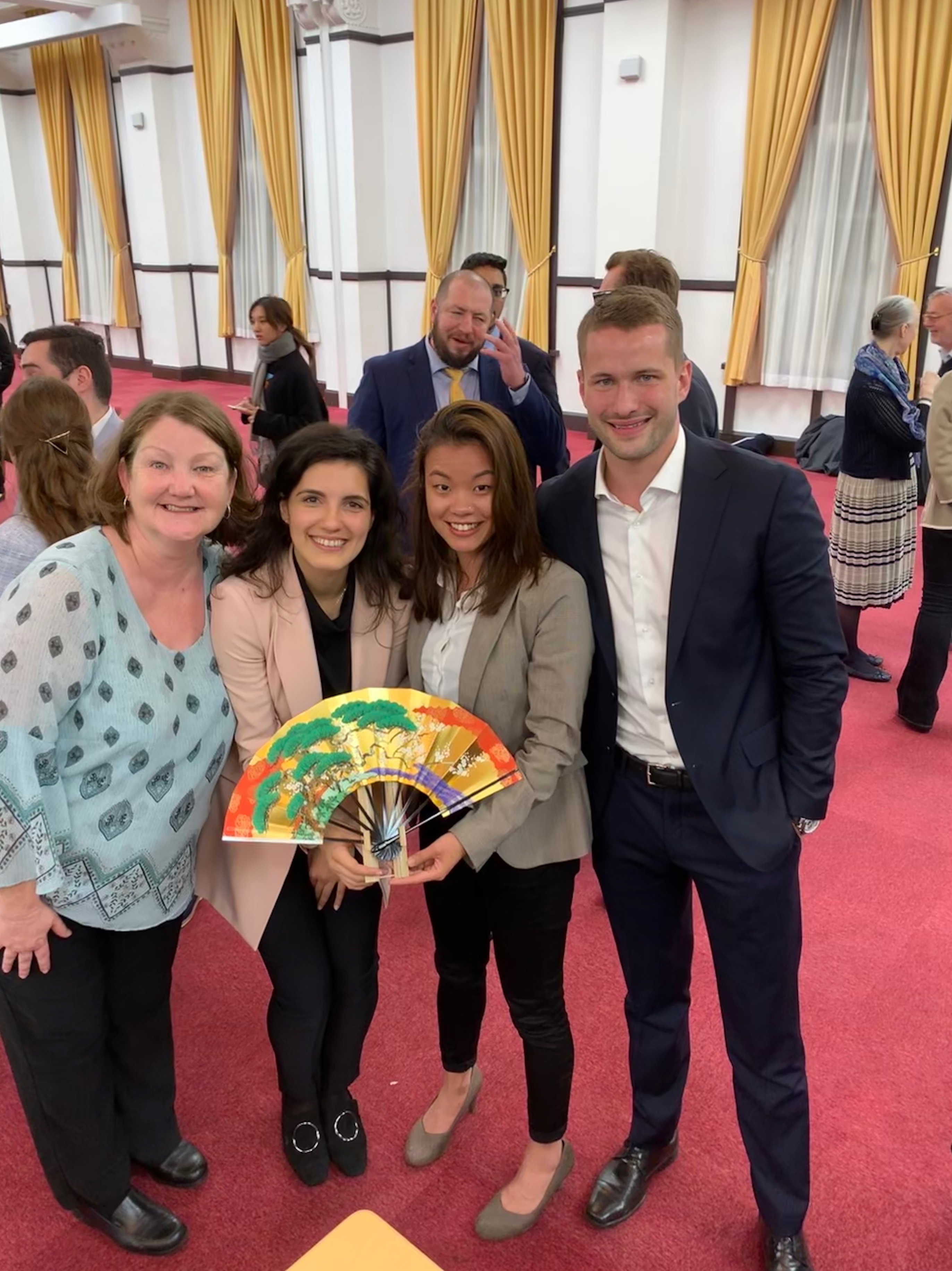 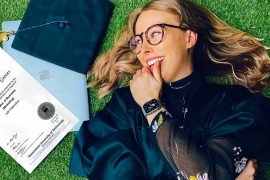 Navigating an internship, study and what it’s like to graduate during a global pandemic.