On the 8th of February, Patrick Gorenac, Alicia Beggs, John Beckinsale, and I began the long journey to Gainesville, Florida. With much excitement, and many practice cases under our belts, we boarded the 11am flight headed to LA, en route to the Heavener International Case Competition (HICC). The competition itself, run by the University of Florida, brings together exceptional students from 20 business schools around the globe, aiming to expose them to the strategic challenges and decisions encountered by global business leaders. 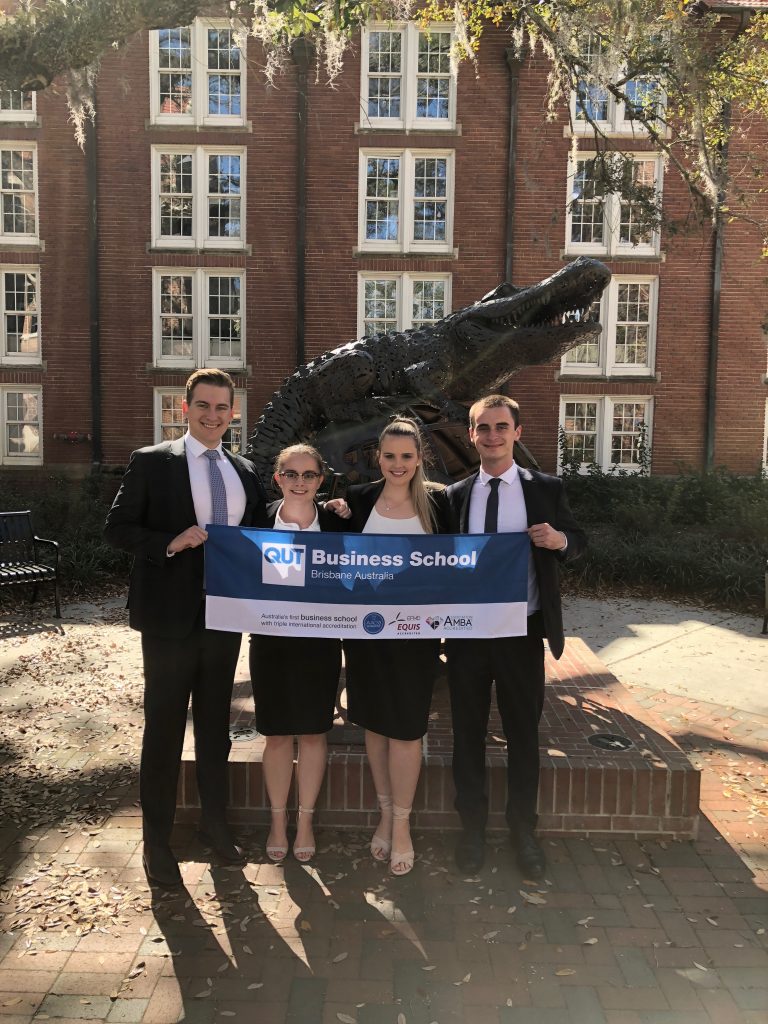 After recovering from the jetlag and enjoying the Orlando sunshine, ourselves and our advisor, Larry Neale made our way to the university town of Gainesville, two hours north of Orlando. It was at the University of Florida that we were fully immersed in the American college experience. Led by our ambassador, we were taken on a tour through the college campus; the stadium, faculty buildings, and sororities and fraternities. Being a residential university, we were amazed by the difference in culture and student engagement, particularly when we were introduced to the University of Florida’s own Enactus team. As executives of Enactus QUT, Patrick and I were able to use this the opportunity to network with the University of Florida team, and also gain insight into their methods for increasing and maintaining student engagement.

However, soon enough the first case was underway. This was a five-hour boardroom-style case on StudyEdge, a local online tutoring service for ‘historically difficult’ subjects, specific to the University of Florida. As a team, we were incredibly excited by the prospect of a boardroom-style case as this format is less common in most case competitions. Instead of the traditional presentation format, we were sat across from the judges at a table and pitched our idea to the panel of judges in five minutes. This was followed by 15 minutes of Q&A. This method enables a more relaxed atmosphere and simulates a real-world scenario. The competition director, Sean Limon, chose this format as it provided the most learning opportunities for the students competing. The actual case at hand surrounded an effective expansion strategy, of which we were thrilled to have placed a close second. 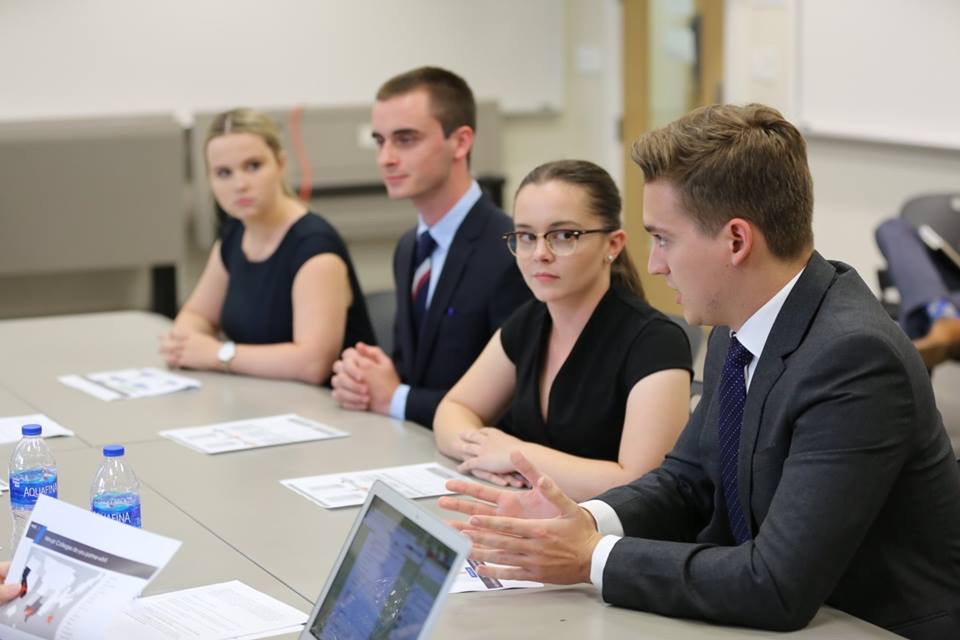 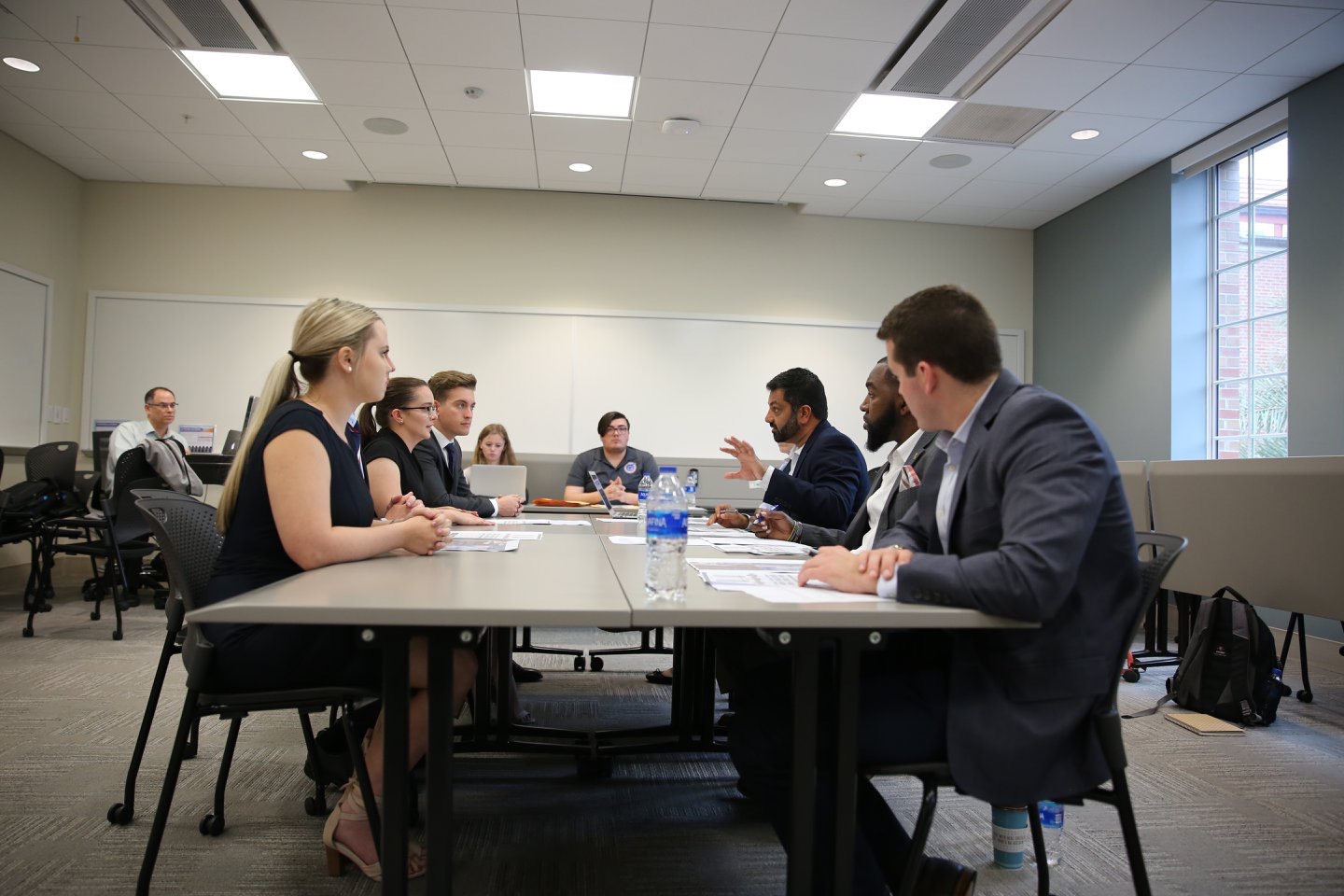 With a day trip to Disney World acting as an intermission between cases, it wasn’t long until case two was underway. In stark contrast to the first case, case two included 30-hours of preparation time, followed by the traditional 10-minute presentation and 15-minute Q&A. The company for this case was Booz Allen and Hamilton, an American management and information technology firm who sought to redesign the on-boarding process of new consultants to include and embody the values of the firm.

Overall, and as a team, we were extremely proud of the bold strategy we pitched to the panel of judges. This competition provided extensive learning opportunities for all involved. A massive thanks are in order to Larry, our advisor, and to Max who made an awesome ambassador from the University of Florida.