One of my favourite poems is ‘The Summer Day’, by American poet Mary Oliver. It reads: 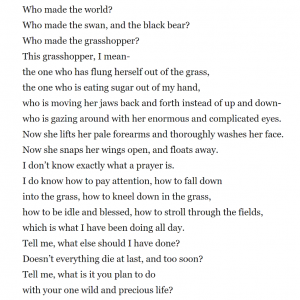 Oliver asks a critical, existential question: in a world of such remarkable beauty, who are we to be of any significance? But of course, as she says, you must be, but never without perspective. Oliver’s outlook demonstrates a kind of empowering empathy, in a world that can often feel overpoweringly apathetic.

One such organisation inspiring this kind of empowerment is Enactus QUT. In 2015, I joined Enactus, an organisation that focuses on entrepreneurial action as a meaningful, and importantly, sustainable solution to social and environmental issues facing contemporary Australia. Social enterprise is a business that can be described as one with the ‘mind of a business, and heart of a charity.’ It is not merely one that donates a portion of its profits to a charity, or satisfies its’ corporate social responsibility requirements. if this was the definition, then Coca Cola would be the largest social enterprise in the world. A social enterprise’s fundamental reason for existing is its’ social objective, and trade is its’ means.

There are several social enterprise models being adopted today: the funding, employment and service models. The funding model is adopted by Thank You. They sell water, soaps and even muesli, to fund sanitation projects in developing countries. The employment model is demonstrated by a restaurant in Japan called The Restaurant of Order Mistakes. There, they employ people with dementia as wait staff, providing income and raising awareness for dementia. The service model can be illustrated by a Brisbane-based social enterprise called Tippy Toe Co. Tippy Toe Co is a ballet school for adults and children with special needs. Enactus projects adopt a model depending on the requirements of the project.

Through Enactus, I had access to a network of thousands of students, professionals and entrepreneurs, with the same desire to have an impact. Enactus’ appealing factor for me, was this focus— its emphasis on making an impact, rather than making a difference. In this way, Enactus rejects traditional methods of aid or welfare by ‘selling a man a fishing rod’. It is through this empowerment that Enactus and social entrepreneurship has shifted the traditional paradigms of aid and welfare that seeks to empower its recipients.

Through Enactus, I worked on a project called ‘Many Ways Forward.’ This project adopted an experiential learning model that facilitated skills development, work training and ultimately placement for people at risk of becoming homeless, who had been out of the workforce for an extended period of time or were experiencing homelessness. It was delivered in several stages—through workshops focusing on CV development, interview skills and tips and Excel and Microsoft Word skills, work experience and finally, placement. 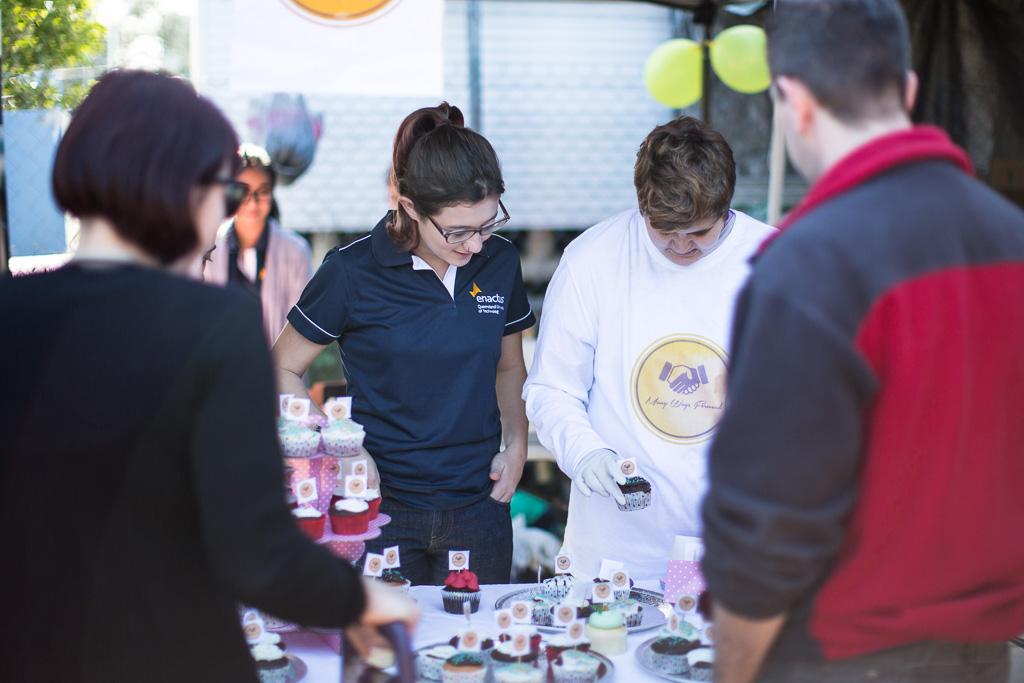 From there, Enactus introduced me to IMPACT, Australia’s nationwide youth social enterprise organisation. IMPACT provides school and university ‘hack-a-thon’ programs, that teach young people social enterprise skills to harness in tackling some tough issues. The Business School sponsored me in both 2015 and 2016 to attend their national conference held in Brisbane. At the conference, participants design their own social enterprise and pitch to a panel of esteemed social entrepreneurs and industry veterans. 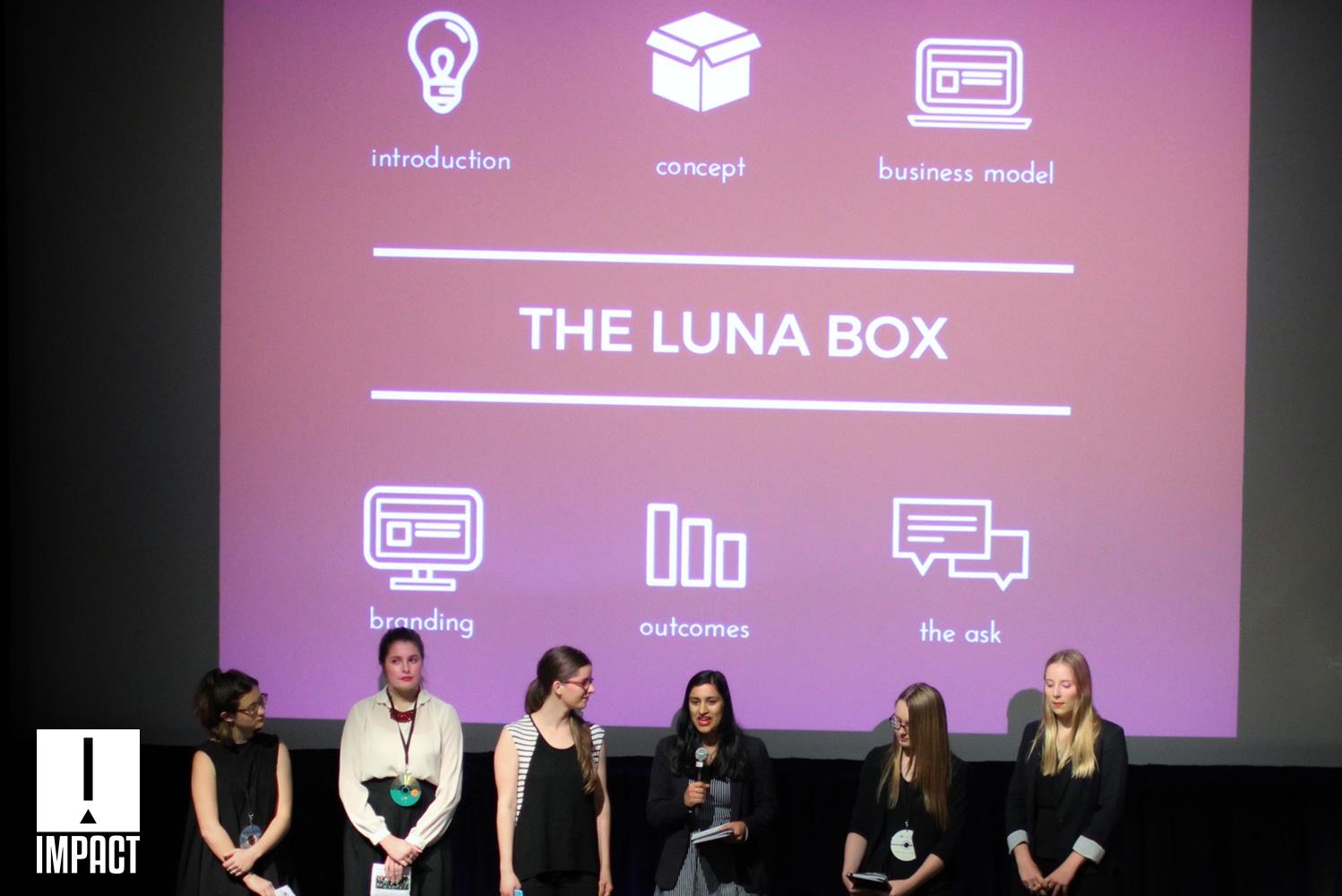 Through this experience I was motivated to join IMPACT. In 2017 I was part of the Higher Education team as a Fellow, delivering workshops to university students, and designed this year’s conference. The program enabled me access to a huge network of entrepreneurs and mentors all over Australia. 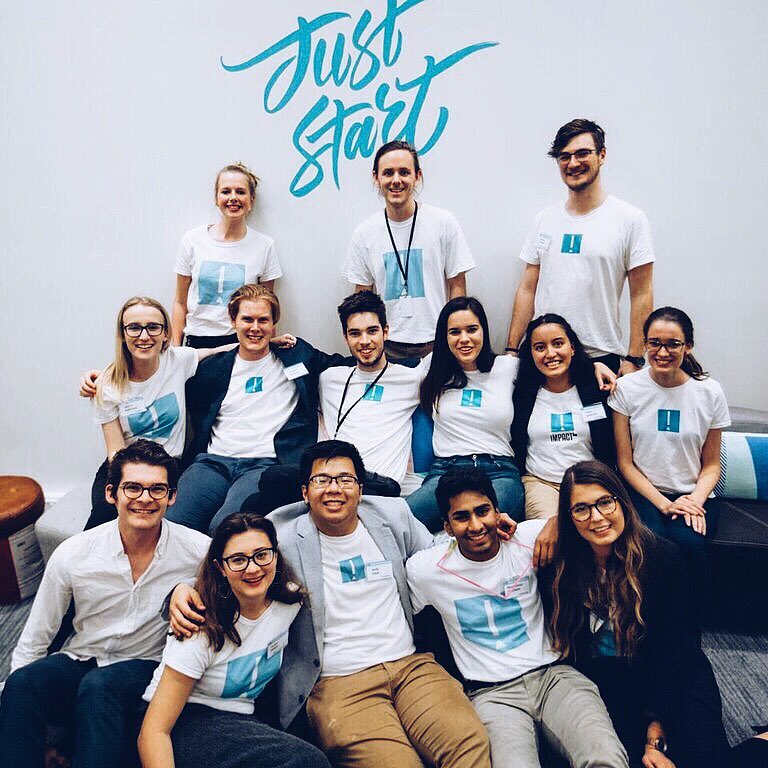 In 2016, while on exchange in Vienna, Austria, I was part of 180 Degrees Consulting. 180 Degrees Consulting is a student run consultancy, started in Australia, and now in over 100 universities worldwide. 180 offers business consulting to not-for-profits and social enterprises, delivering tailored and creative innovative solutions. In Vienna, I worked on a project for RefugeesWork, an online job platform for newly settled refugees in Austria. Our project involved qualitative and quantitative research through surveys and interviews, to deliver recommendations to improve their retention rate. The three founders of RefugeesWork were recently named in Forbes’ 30 Under 30 Social Entrepreneurs to Watch in 2017. Our project was awarded Best Project in Austria for the Fall Semester. 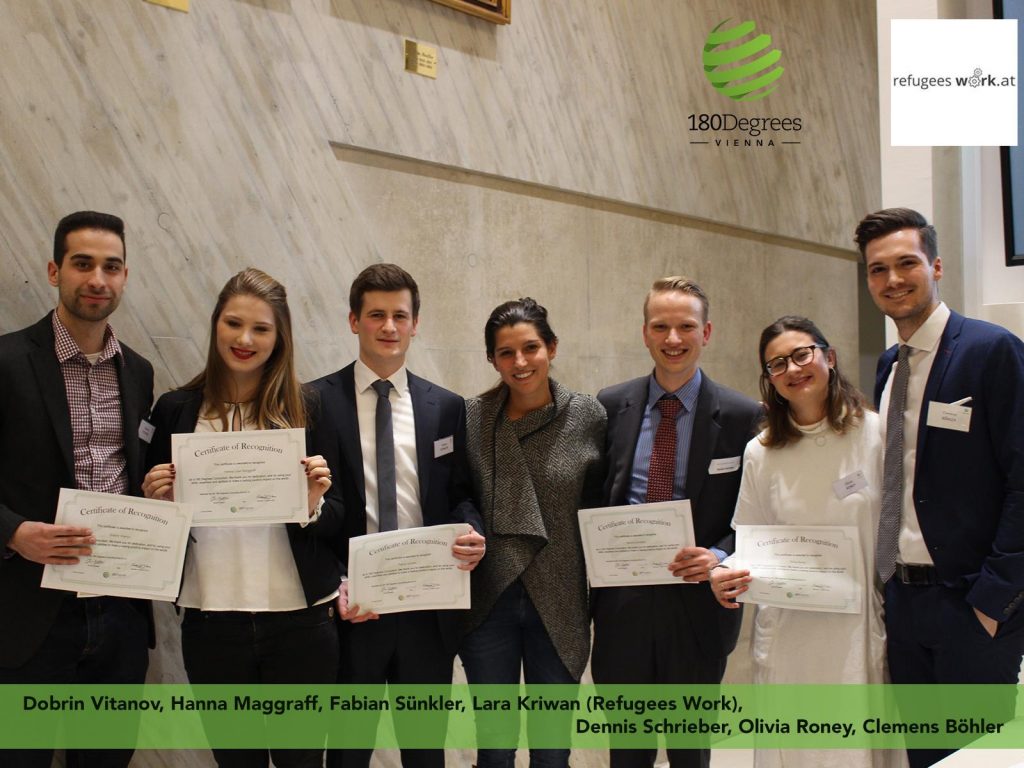 Back in Brisbane, having loved my experience with 180 in Vienna, I joined the UQ 180 Degrees Consulting Team. In Semester 1 this year, I was part of a team developing a five year marketing plan for the Queensland Poetry Festival (QPF). Working closely with the team at QPF, we were tasked with changing a mainstream perception of poetry and making more events at the festival more accessible.

My experience with these groups has allowed for a variety of different perspectives in addressing social enterprise. Enactus was a stepping stone to developing my fundamental understanding of social enterprise models and principles, and enacting them in a meaningful way. IMPACT elaborated on this knowledge, allowing me to expand my network in the space, and teach those principles to others. 180 Degrees provided a critical analysis framework. All three of these have invaluably contributed to The Unknown Project.

The Unknown Project was started in 2017 in Brisbane. The Unknown Project is a ‘blind date with a book’ pop-up that supports education opportunities for kids from refugee and asylum seeker backgrounds in Brisbane. We take second-hand book donations (we are yet to buy a book!), wrap them in brown paper and write clues on its front. A large part of this theme is to reinforce the adage ‘don’t judge a book by its cover’, as a metaphor for the experience of asylum seekers in the community. 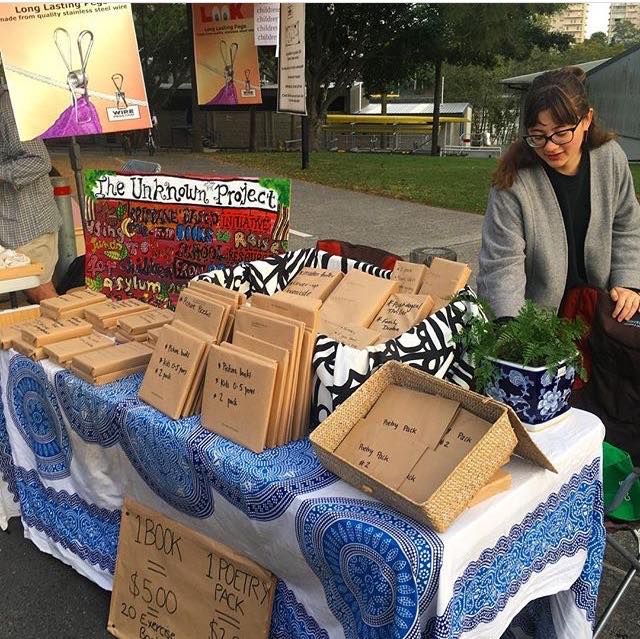 We have set up stalls at the West End Markets, Boundary Street Markets and Suitcase Rummage. We are partnered with The Romero Centre and provide primary and school resource packs, and tablets to the centre. The Unknown Project is run by myself and my best friend Rory McGahan (also studying Law/Economics at QUT). In July, Rory was awarded a $5,000 bursary from her alma mater, All Hallows’, to further expand our project. We are looking at purchasing a second-hand vending machine to be set up in a major train station full of our books for travellers! 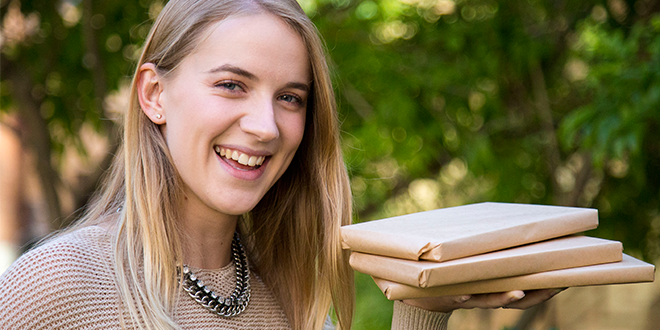 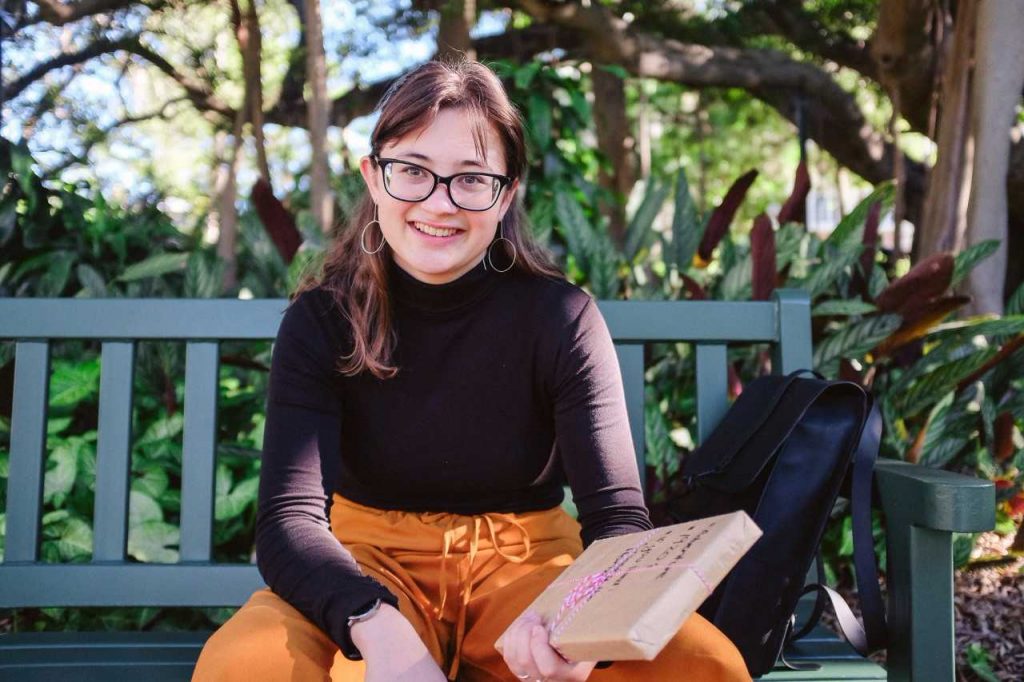 It is through the foundation that Enactus established and IMAPCT and 180 expanded on, that Rory and I were able to establish this project. Each organisation takes new applications at the start of the semester. They can be found here:

Please get in touch if you want to donate books or chat about The Unknown Project:

Through these organisations I have realised that social enterprise is not a mere extra-curricular but offers a viable career path. So in response to Oliver’s question; this is what I plan to do with my one wild and precious life. 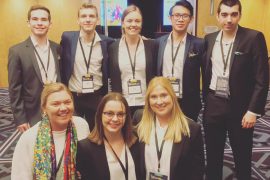