My Global Voices lesson: The importance of communication

Over September and October this year, I had the incredible privilege of representing QUT through a Global Voices research fellowship, travelling to the World Bank and IMF Annual meetings in Washington, D.C.

The fellowship had three components: a research paper, pre-departure briefings, and the official meetings. I learned valuable lessons in each phase, but one takeaway in particular stood out to me:  the importance of clear, concise communication.

I realise for a Public Relations student this principle should be obvious, but seeing this in action, on an international level, has shown it to be more important than ever.

Research – the real value of women in the workforce

As all of us writing research papers have learned – sometimes the hard way – communicating in a clear, concise manner is the name of the game. There’s no point in having great ideas if you can’t get them across in a logical and intelligible way.

Our research for Global Voices was geared towards creating practical policy briefing papers including recommendations for policy change. My research paper focused on the importance of encouraging and enabling tertiary-educated women into the workforce. Communication is a key component of this, especially when it comes to one of my recommendations around mentoring. The success of women depends on our ability to communicate with and mentor the next generation, to see women not only continue to attend universities in equal numbers to men, but for them to also progress in their careers at the same pace, in the same positions and with the same pay bracket as their male colleagues.

In Canberra, the Global Voices team had a series of high-level meetings with the Department of Foreign Affairs and Trade (DFAT), Innovation xChange, the Department of Prime Minister & Cabinet (PM&C), plus a seriously great behind the scenes tour of Parliament House. 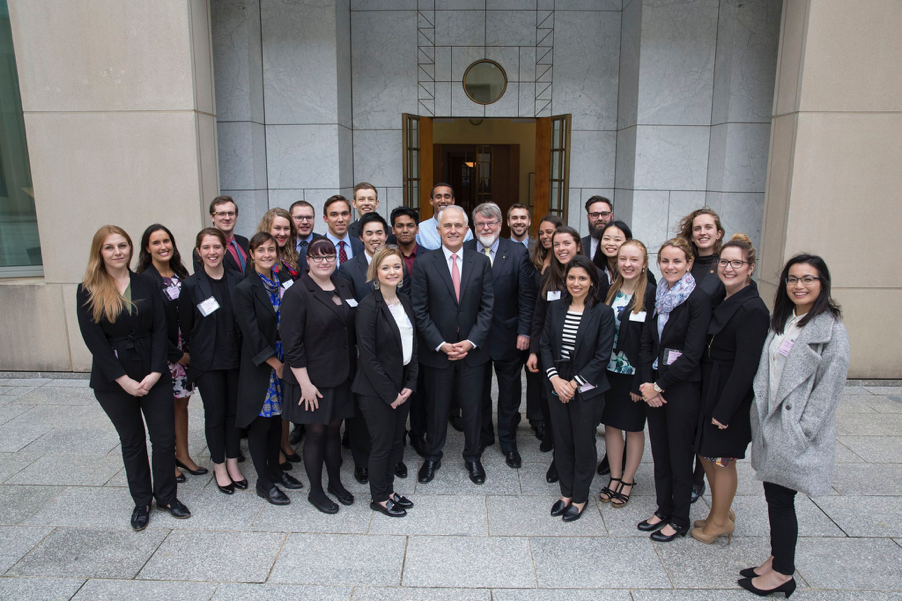 These government agencies, particularly DFAT and Innovation xChange, are doing fantastic work to help Australia pursue the World Bank’s Sustainable Development Goals (SDG’s). Yet without educating the population on the value of SDGs, programs like these that seek to make positively contributions to the developing world, will not be a national priority and can fall prey to the next round of budget cuts.

The message here is not only to communicate your own message – as an individual, organisation or government – but also to take the responsibility we all have as citizens to engage with what’s going on in the world beyond our immediate circle of influence. The discussions I had and was privy to listening to throughout the briefings opened my eyes to Australia’s participation and influence on a global scale, particularly in helping (and funding) global growth programs.

In Washington we attended the World Bank and IMF Annual meetings (often as the youngest people in the room by far) and met the many Australian representatives there, as well as meeting with foreign policy think tanks, such as The Atlantic Council and the Centre for Strategic International Studies. 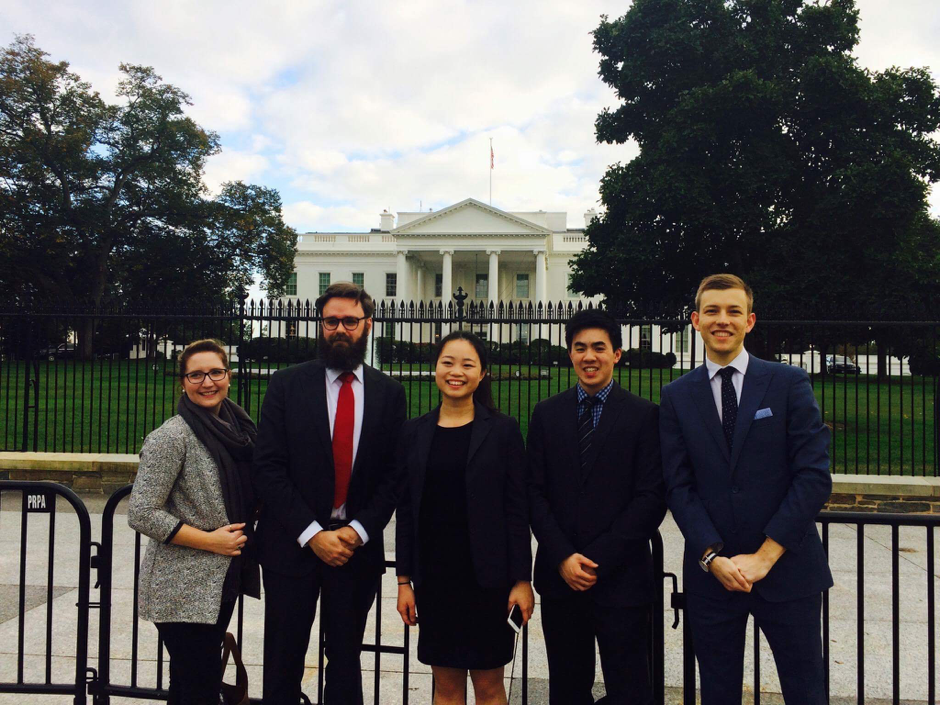 (there was time for some sightseeing too!)

These meetings drove home the importance of communication, from the Atlantic Council, whose purpose is to explain to Americans why they should engage with the world, to the World Bank and IMF, who are facing challenges of communication in fulfilling projects that move the world closer to the fulfilment of the SDGs. It was also encouraging to see sincere engagement between the institutions and civil society groups, and there were always opportunities to ask questions and receive a clear answer.

Several conversations and sessions also focused on the distrust between citizens and multilateral organisations, which is often caused by a lack of clear communication. One of my favourite sessions centred on the importance of looking beyond ourselves, building beyond our own backyard, and explaining the importance of globalisation to the community.

The Global Voices experience was challenging, exhilarating and eye-opening. With so much to take in and so many nuanced and complex ideas to go home with, all I can say is that finding a clear, concise and coherent way to communicate ideas is paramount.

No matter your industry, as you move through your studies and your career, keep finding clear, creative ways to communicate your message and make the biggest impact.