Culture and casinos in Macau

The final Saturday of our study tour to Hong Kong, we set out as a group for a day trip to Macau. Like Hong Kong, Macau is a special administrative region of China, and until 1999 it was under Portuguese rule. The region is renowned for two things: culture and casinos.

While the short taxi ride to the Tsim Sha Tsui ferry terminal in the morning could not have been simpler, the same cannot be said for purchasing a ticket.

Gayle, Ingrid, Sarah and Novella purchased directly from the Cotai Water Jet outlet, however unintentionally paid extra for first class tickets. The rest of us attempted to purchase from the terminal entrance and were referred to a man standing nearby—let’s call him Bill. Bill looked like a scalper and fellow tourists were hesitant to purchase from him. But Bill was offering a return ticket for $360HKD (approximately $62AUD), a bargain! We were wary, however at such a good price how could we say no? Much to our relief the tickets worked. A quick trip through customs and a slightly bumpy, hour-long ferry ride later and we had landed in Macau!

Turning our backs to the mini Vegas behind us, we began the day by diving headfirst into Macau’s old town. The region’s heavy Portuguese influence created a beautifully picturesque town from a different point in time. Vendors lined the streets offering an array of Macanese (Portuguese and Chinese) cuisine, with egg tarts a crowd favourite.

The Ruins of St. Paul’s Cathedral were breathtaking and are not to be missed, and the once operational Monte Fort offered a phenomenal viewpoint of Macau. 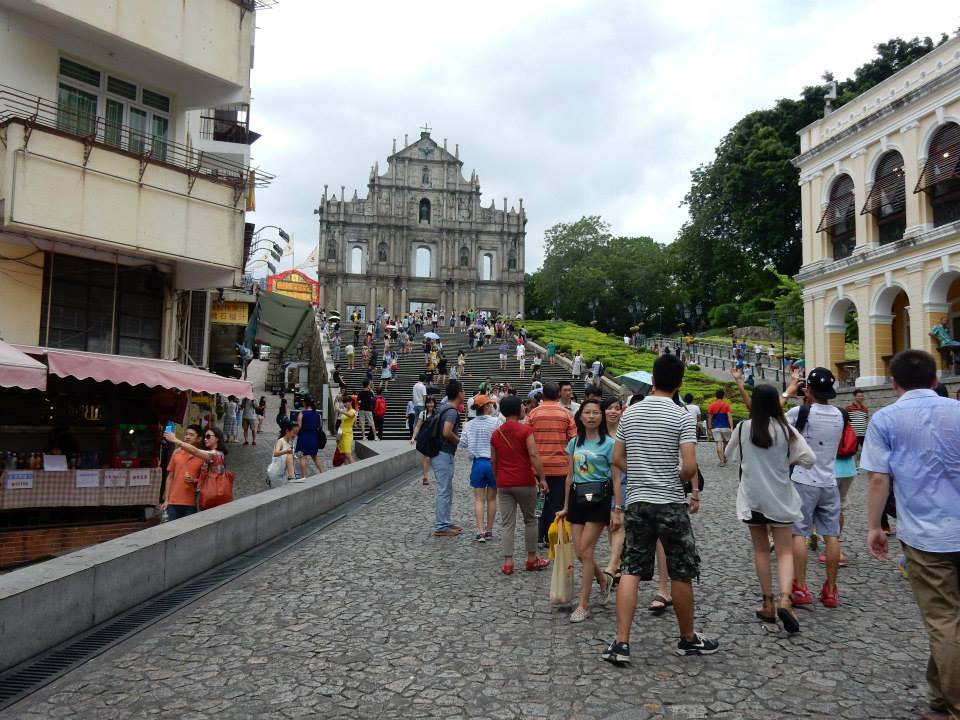 With its 33 casinos, Macau is a tourist hot spot referred to as the “Monte Carlo of the Orient.” Our dreams of playing James Bond however were dashed when we learnt the casinos featured in Casino Royale and Skyfall were fictional. Given this sad news, we sought solace in the Venetian—the largest casino in the world. The grandeur of the Venetian was astounding. Its high ceilings, namesake inspired architecture, artificial canal and street performers made you feel like you had entered another world. The Venetian’s tables got the better of us, however its food court delivered. 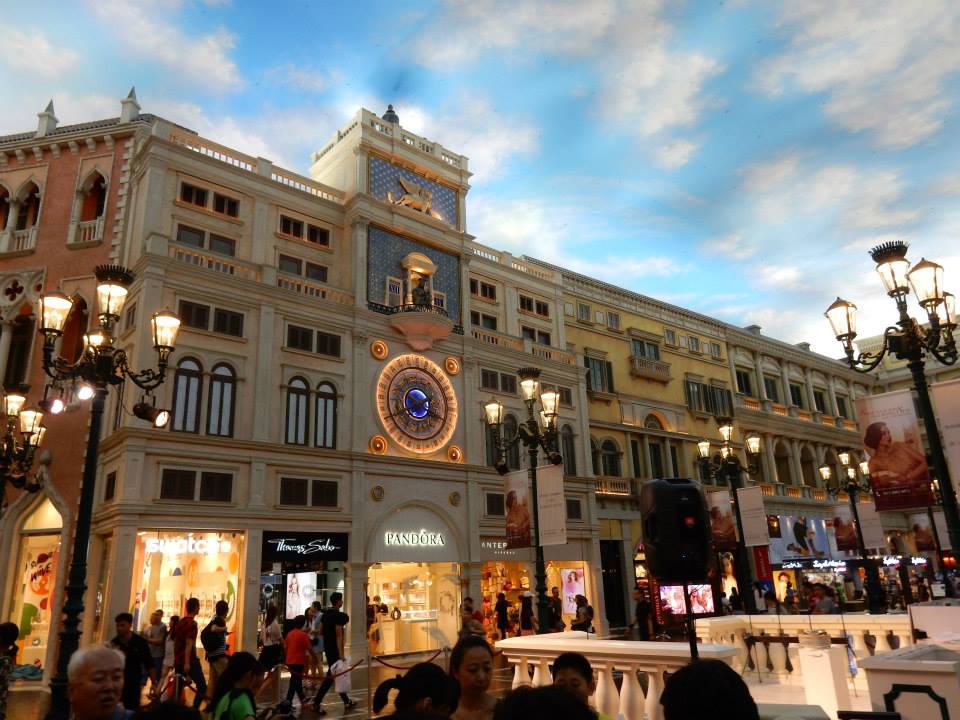 We ended the day on a high with the spectacular stage production, The House of Dancing Water at City of Dreams. With a 17 million litre pool—the equivalent of five Olympic swimming pools—the show is the largest of its kind in the world. The House of Dancing Water incorporates everything from special effects, water stunts, aerial arts, acrobatics, contortionism and motorbikes to tell a love story that transcends time and space. We chose to opt out of the splash zone, however those who were seated there received a truly 4D experience. The 90-minute production left us in awe—the video below does not begin to do it justice.

While the show will set you back at least $699HKD (approximately $120AUD) it is worth every cent.

After a quick stopover at the Hard Rock Café we were ready to head home. Confident in the morning’s ticketing success, we were positive our return tickets would be fine. Alas, Bill hadn’t pulled through—the return ticket was only standby and we were not guaranteed a seat on the almost full ferry back. Not wanting to wait for hours without a guaranteed seat I chose to pay $190HKD ($33AUD) for a ticket home, however Tom and Jacob decided to risk it. There was thankfully room for them to sprint and squeeze on to our ferry, but it was a testing, tense wait.

Macau was beautiful and is definitely worth a day trip from Hong Kong. Maximise your trip with our key takeaways: