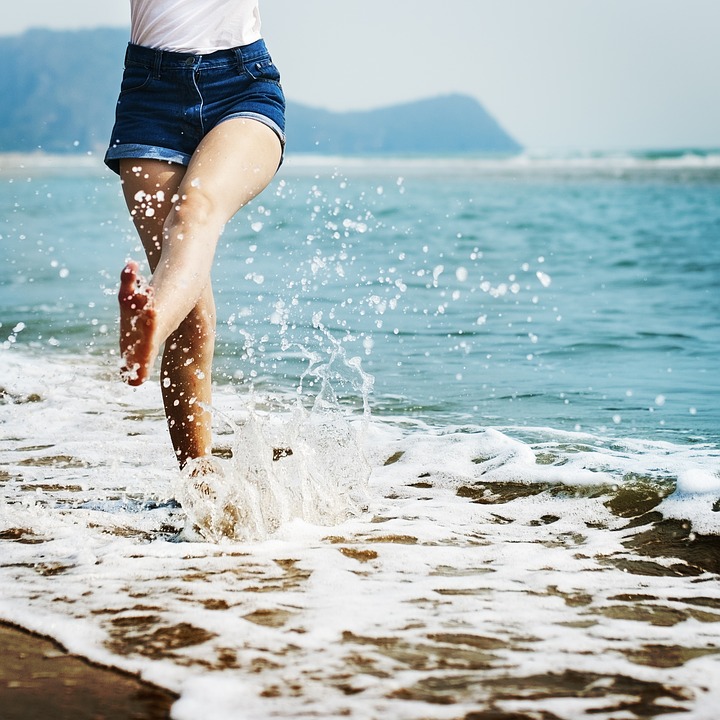 Christmas and New Year are just around the corner. From the 23rd December until the 1st of January QUT Library is having a Christmas break and will be closed. But even though our libraries at Caboolture, Kelvin Grove and Gardens Point will be closed during this time you can still access many library resources online.

If you need to do some research, jump on the Library’s Website and search through Quickfind. Or search a database for your subject area by selecting looking under Databases and specialised search tools.

Not sure how to find the information you need? Have a look at our handy how to find guides to find the right database or website for your research.  You can also find online videos to watch at home and see what eBooks you can read right from the comfort of your home or at the beach!

And if you need further assistance, HiQ’s Contact Center will be available at the following times –

This excludes 25 & 26 December and the 1st January Public Holidays when HiQ are closed.

HiQ Service Points at Kelvin Grove Library & Gardens Point Library will be back in action on the 2nd January. Until then, from all of QUT Library, we hope you have a safe and happy holiday!

A paper on the topography of the dragonfly wing has taken out first place in the SAGE Higher Degree Research Student Publication Prize. Chaturanga Bandara was awarded first prize and $1500 for his article, Bactericidal Effects of Natural Nanotopography of Dragonfly Wing on Escherichia coli, published in ACS Applied Materials & Interfaces. 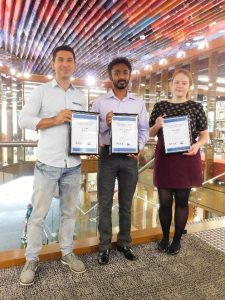 The SAGE Higher Degree Research Student Publication Prize was awarded to a Higher Degree Research (HDR) student, who was the lead author on a paper published in a peer reviewed journal with a Q1 or Q2 ranking in Scimago. A panel of six judges, three academics and three librarians, evaluated the submissions on originality and readability (writing style and clarity). QUT Library Research Support Manager, Stephanie Bradbury, said that the calibre of entrants to the competition was extremely impressive, and that Chaturanga was the unanimous choice of the judging panel. Second place and $900 was awarded to Onur Bas for his paper, An Integrated Design, Material, and Fabrication Platform for Engineering Biomechanically and Biologically Functional Soft Tissues. Anna Worthy was awarded third place and received $500 for her paper, Atomic resolution of structural changes in elastic crystals of copper(II) acetylacetonate, published in Nature Chemistry.

The awards were presented to the winners on Monday 11 December by Scholarly Communications Librarian, Paula Callan. QUT Library would like to thank SAGE for sponsoring the Higher Degree Research Student Publication Prize. 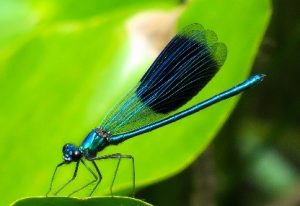 We have said it a few times recently that QUT Library has a whole bunch of Christmas movies and books to get you into the holiday spirit. And it’s still true! Here is another recommendation from Tom to get you inspired to read something festive. 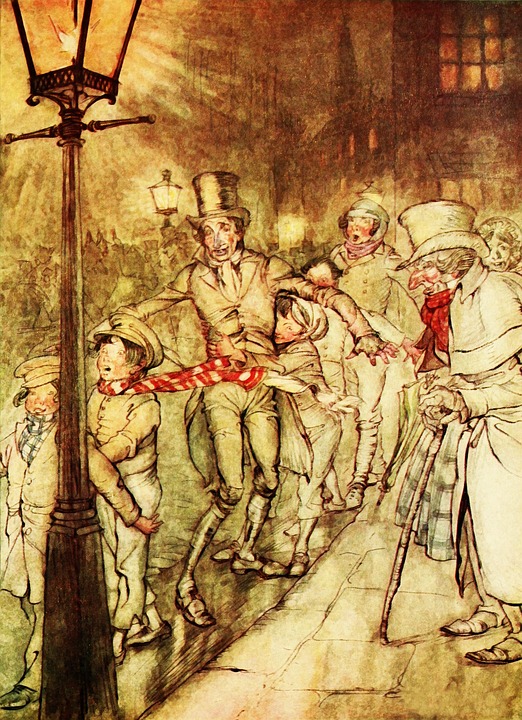 “Marley was dead: to begin with.”

The opening line to possibly the most famous Christmas story of all time is a classic, and one many of us have heard countless times since we were old enough to remember Christmas.  The number of movies, plays, TV episodes, and re-interpretations that have adapted one of Dickens’ most famous stories is immense.  The story, trials, and morals that follow shrewd businessman Ebenezer Scrooge are so ingrained into modern popular culture that there is no point restating the plot here.  Many people are familiar with the tale but how many have actually read the original?  I’m a little ashamed to admit that I did not read A Christmas Carol until well into my twenties.  In fact I’d never read any Dickens.  I was expecting something old and stuffy, written in a style of English that would be difficult for me to comprehend.   But it turns out that Dickens is a master of 19th Century sass.  He spends the first few pages slyly pulling apart the common phrase ‘as dead as door-nail’, feeling that coffin nails should be considered the most deceased types of iron. He has such a wonderful way with words and style, and the rhythm of language that you feel compelled to be drawn along by his prose.  The original novella is such an important part of our current culture of Christmas, and everyone should spend some quality time with it.

QUT Library has so many Christmas movies, books and TV shows to get you into the festive mood. We have asked some our librarians what their all time favourite Christmas movies and books were. Here is what Sue recommends!

Continuing our theme of best loved Christmas movies, make sure you get hold of The Polar Express before everyone else does.  Bit of a heads up, though – do yourself a favour and read the original, award winning, children’s picture book  by Chris Van Allsburg first so as to fully appreciate the lavish, darkly-themed artwork that became the inspiration for the movie.

What’s it about? Having reached an age where he doubts that Santa is real, a young boy (we never learn his name) wakes suddenly on Christmas Eve to see a mysterious steam train in the falling snow outside of his bedroom. Imagine his amazement when he realises that the train is waiting for him to board, ready for their journey to the North Pole! This movie is not like other Christmas films.  It has a magical, shadowy quality which characterises it, just like the beautiful full-page illustrations found in the original book.  It is this that appeals to me so strongly.  My children and I enjoyed reading the book together for several years before the movie’s release in 2004 and I was delighted that the film remains so stylistically true to the book’s artwork.

The movie is a 3D animation using motion capture and is entered in the Guinness World Book of Records as being the world’s first all-digital capture film.  The music is amazing, featuring an original score by Alan Silvestri along with many well-loved Christmas favourites.

I would recommend this movie for children aged perhaps 7+ as it may be a bit dark for the littlies.  Having said that, this is a heart-warming, powerful and endearing movie that continues to be a seasonal favourite at our house.

QUT Library has a wealth of Christmas movies, books and TV shows to get you into the festive mood. We have asked some our librarians what their all time favourite Christmas movies and books were. Here is what Tom thinks!

This is the movie that is currently in my ‘must see’ Christmas movie rotation list, and absolutely love showing it to friends that have never seen it before.  Arthur Christmas is a 3D animated film by Aardman Animations (the same folks who brought us Wallace and Gromit) that portrays the legacy of Santa Clause as a very real, and very secret, family business with the title of ‘Santa’ being handed down from father to son for centuries.  The humour is wonderfully British and ranges from the very silly to some darker adult jokes, whilch leads to some great scenes such as an army of elves questioning the existence of children, and a European Union-esque security alliance scrambling predator drones when they mistake Santa’s sleigh as an invading alien spaceship.  The characters are voiced by all of your favourite English actors including James McAvoy, Hugh Laurie, Bill Nighy, Jim Broadbent and Imelda Staunton.  In the end this movie is about family, the spirit of Christmas, keeping tradition, breaking tradition, and wrapping presents with only three bits of tape.

The Snowman (1982) Available to borrow from QUT Library

The Snowman holds a very special place in my childhood, as my family would watch it every Christmas Eve, in the dark, with only the coloured glow of our Christmas tree to light up the room.  It is a gorgeous, animated short film, based on the picture book by Raymond Briggs, which tells the story of a small boy who builds a snowman that comes to life at the stroke of midnight.  They go on a series of small adventures including a magical flight to the North Pole, where they meet Father Christmas at a party full of other living snowmen.  Remarkably, the film is completely wordless and relies on music and animation to tell its story.  It never fails to bring a tear to my eye, especially during the enchanting song “Walking In The Air”, and the tale’s sad and bittersweet ending.  It won a BAFTA and an Academy Award for Best Animated Short Film. Here is a trailer for one of the more recent sequals to The Snowman, The Snowman & The Snow Dog.

We have even more to recommend so keep an eye out for more blogs with Christmas cheer!

Today is the International Day of People with Disabilities. 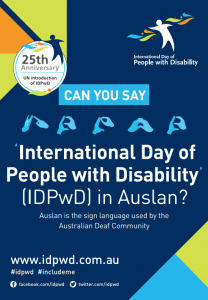 The all-embracing principle is to ‘leave no one behind’ and provide people with disabilities with the tools to be active contributors in society.

The global framework outlined in the United Nations 2030 Agenda for Sustainable Development provides a basis for transformative change via:

QUT Library is committed to improving the accessibility of our websites and facilities which are regularly reviewed as part our usability and accessibility testing processes.

Community events to celebrate this year’s theme are being held on Sunday 3rd December around Australia.