Have you seen Shaun the Sheep? He’s woolly, wily and awfully cute – and you can find him in the Library! 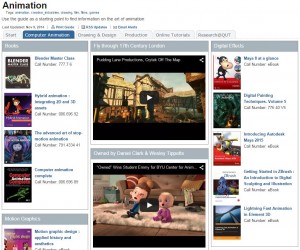 Shaun the Sheep is now one of the most successful animated characters ever. He’s wildly popular not only in English-speaking countries, but also in Japan, China, Indonesia and the Middle East. A recent exhibition in Tokyo attracted 30,000 visitors in only five days!

Little Shaun has actually outshone the much beloved Wallace and Gromit, also a product of Aardman Animation. (You can find out all about Aardman here.)

And if you’re interested in animation, our Animation Subject Guide is a great place to begin your investigations!

‘Tower of London Poppies’ By Mark Skarratts (CC BY 2.0) 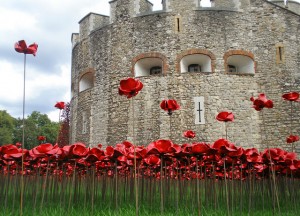 888,246 ceramic poppies spilling into the moat of the Tower of London, each representing a British or colonial death during the First World War. (And remember, this is only one side of the conflict!) The installation is called Blood Swept Lands and Seas of Red. It’s both beautiful and heartbreaking.

Anzac Day, 25th April, is the anniversary of the first major military action fought by Australian and New Zealand soldiers during the First World War. With the centenary of the landing at Anzac Cove (on the Gallipoli Peninsular in Turkey) coming up, here in QUT Library we’ve been crocheting, knitting and sewing poppy flowers. All the nimble-fingered have contributed – Library and Faculty colleagues, family and friends. Here’s the amazing result – more than one thousand beautiful poppies! 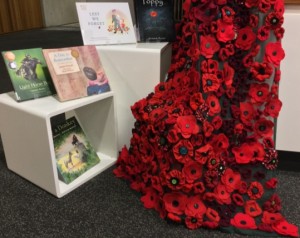 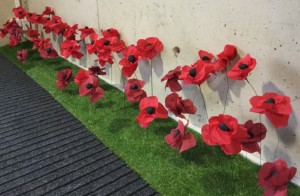 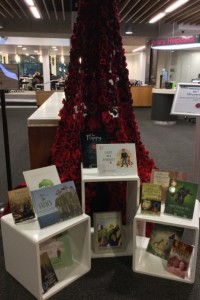 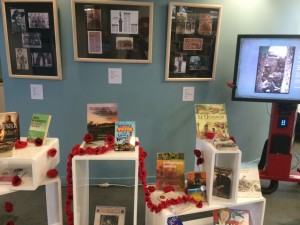 To find out about more the Anzacs and the way their sacrifice is commemorated in Australia and New Zealand, click any of these –

Hack (noun), a clever solution to a tricky problem 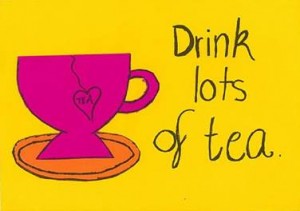 Over the past few weeks, QUT students answered these questions and have shared many clever solutions to tricky study problems. You can see these online and around campus during semester.  The latest pop-up will be at the Law Library on Level 5 from Week 7.

Don’t forget that there are many services who can assist with study and assignments at QUT, including:

A full list of all tools, resources and people who can support your learning is here. 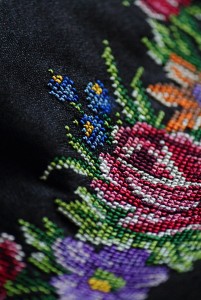 April 12th-16th is Australian Fashion Week. You may be thinking – what does the library have to do with fashion? And the short answer is… a lot! Here at QUT Library we have a large number of resources for students who are studying or are interested in fashion. Our Creative Industries librarians have done their best to find some of the most up-to-date and relevant information for students to use just check out this subject guide.

Databases
University of Fashion – This database is an online collection of fashion videos perfect for the beginner designer. Be quick! This a trial database and our subscription expires on the 31st May, 2015.
The Vogue Archive – If you are a fan of this iconic fashion magazine make sure to have a look at this database dating back to the first issue in 1892.

Books
Swatch reference guide to fashion fabrics / Deborah Young – This textbook even comes with fabric samples!
World clothing and fashion : an encyclopedia of history, culture, and social influence / Mary Ellen Snodgrass – If you want a nice concise background to clothing and fashion, look no further than this two volume set.

Are you young or young at heart?

This year’s National Youth Week runs from April 10-19 and there are a bunch of great events happening around Queensland.

Here in the Library, we’ve got heaps of resources to help you bring out your inner child: Hire a console from the Help Desk and bring some friends to the Games Lab this Youth Week!

So, if playing with a puppet, doing a workout with a Wii or Farmvilling on Facebook is your thing, take a break from your study and see what else the Library has to offer this Youth Week! 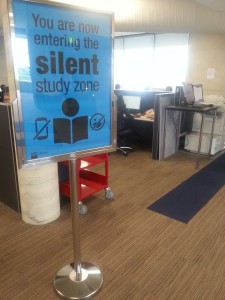 Trying to find a place to study in the Library can be a bit tricky during semester, especially when assignments are due! Luckily we’ve put together some handy tips for you to use while in the Library.

Where is your favourite area to study at QUT Library? Let us know in the comments!