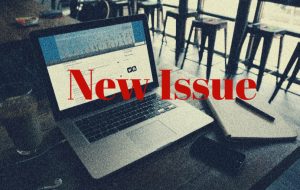 A new issue of International Journal for Crime, Justice and Social Democracy is now available. This final issue for 2019 features a variety of topics and authors from Mexico, US, Australia, Turkey, Zimbabwe and Thailand.

Included in the issue is a mixed-methods study examining how criminologists in Australia and New Zealand have employed social media to engage in public criminology. Mark Wood, Imogen Richards, Mary Iliadis and Michael McDermott (from the University of Melbourne and Deakin University, Australia) note that social media has and continues to change the terrain for researchers facilitating new forms of news making within the discipline of criminology. Women’s prison reform is explored in North-Eastern Thailand with an application to international human rights standards. With one of the highest incarceration rates of women in the world, practitioners from Mahidol University, Thailand discuss the implementation of ‘Bangkok Rules’ finding that despite extensive reforms areas for improvement remain.

Any enquiries regarding the Journal should be forwarded to Tracy Creagh, Journal Manager – crimjournal@qut.edu.au