When I joined the QUT International Case Competition team in March of this year I had no idea what to expect. If you had told me then that in a few short months’ time I’d be cooped up in a hotel room thinking about kiwifruit for twelve hours straight, I would’ve said you’re mad.

But this soon became a reality when me, Andie, Royce and Jack were shipped off to Tauranga, New Zealand to represent The Real World at the 2019 Global Innovation and Entrepreneurship Challenge (GIEC). Teeth chattering the entire plane trip, I couldn’t decide if I was more nervous at the prospect of facing 11 other teams or if my subtropics wardrobe could handle New Zealand.

Hosted by Waikato University, we faced three different cases over the week, with an emphasis on sustainability across all cases. But before we could bust out our corporate wear, the entire group was treated to an afternoon at a $43 million mansion, owned by Zuru – one of the competition’s keen sponsors. I’ll spare you the details, and I’ll brush over the fact that the carpet alone is probably worth more than I’ll ever earn. 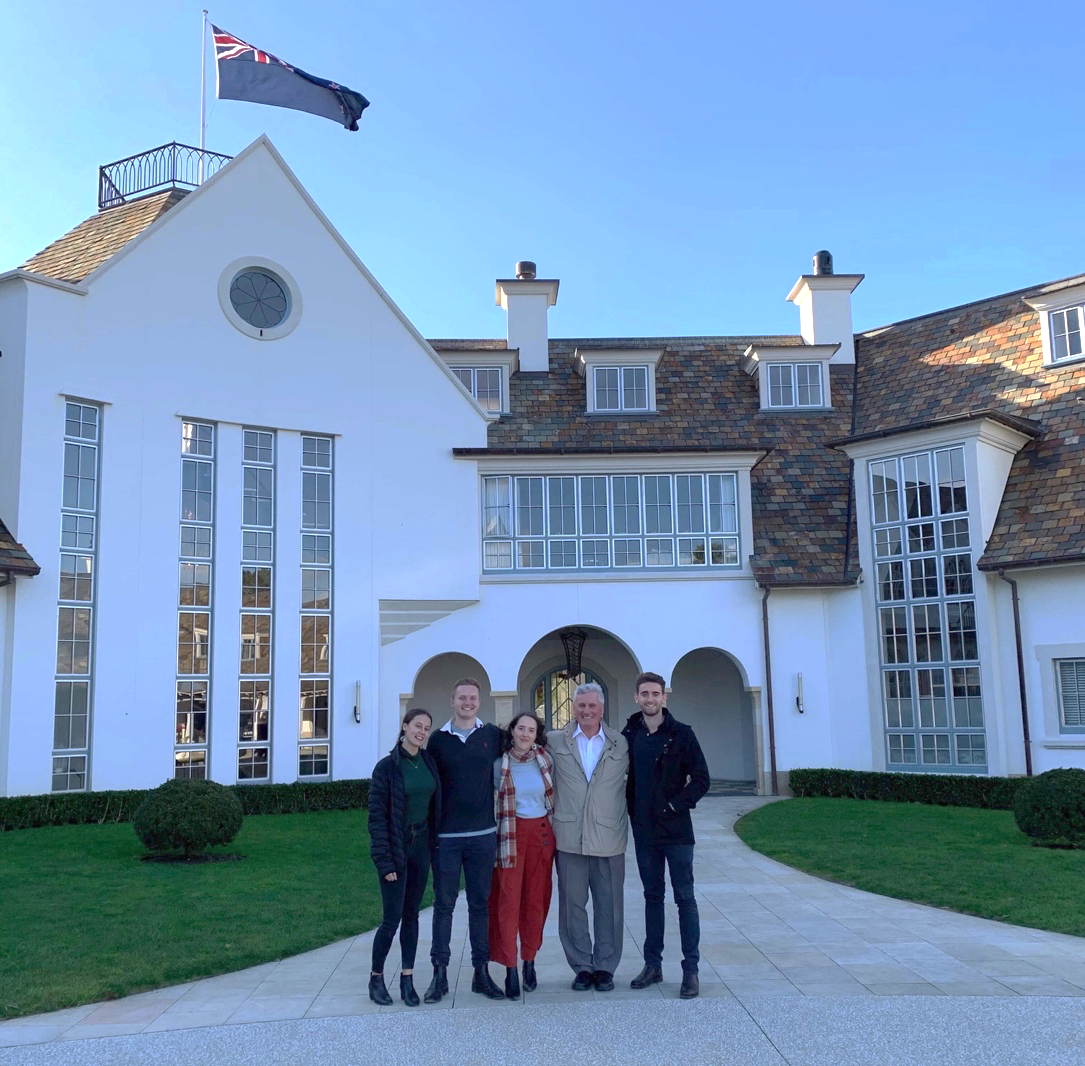 Over the next few days we would face two 5-hour cases and one 12-hour case, for Sunfed Meats, Bay of Plenty Tourism Organisation, and Zespri International. I’m not afraid to admit that our team’s amalgamation of skills made a killer combo – Andie’s marketing wisdom, Jack’s engineering and economics expertise, Royce’s ability to handle finances in a way that left the rest of us awestruck, and my environmental science knowledge. (I tip my hat to you BALI* for putting this team together). Our combination of fields meant we were able to develop international expansion strategies, entire tourism experiences, certification platforms to recognise sustainability efforts and autonomous farming assistance robots in a combined time of 22 hours.

And if I may, I’d like to get a little “heartfelt” for a while and express my absolute adoration for my teammates. They constantly lifted me up and taught me how to back myself and my abilities – something that to me is worth infinitely more than any trophy (did I mention that we won?). The last thing I was expecting during such an intense ticking clock scenario is to laugh so uncontrollably that I had to leave the room. Team QUT always made sure that we didn’t get too serious and let ourselves have some fun while in the case room. I am unable to disclose what made us laugh so hard – unfortunately what happens on a case, stays on the case.

Now the actual competition. Three cases, twelve teams and four divisions. Our dynamite team was able to claim first place in our division for all three cases, leading to a finals qualification (and to everyone’s surprise) we emerged victorious – overall first place. I couldn’t quite believe it and am still trying to wrap my head around how a team consisting of 50% rookies could pull off a victory. 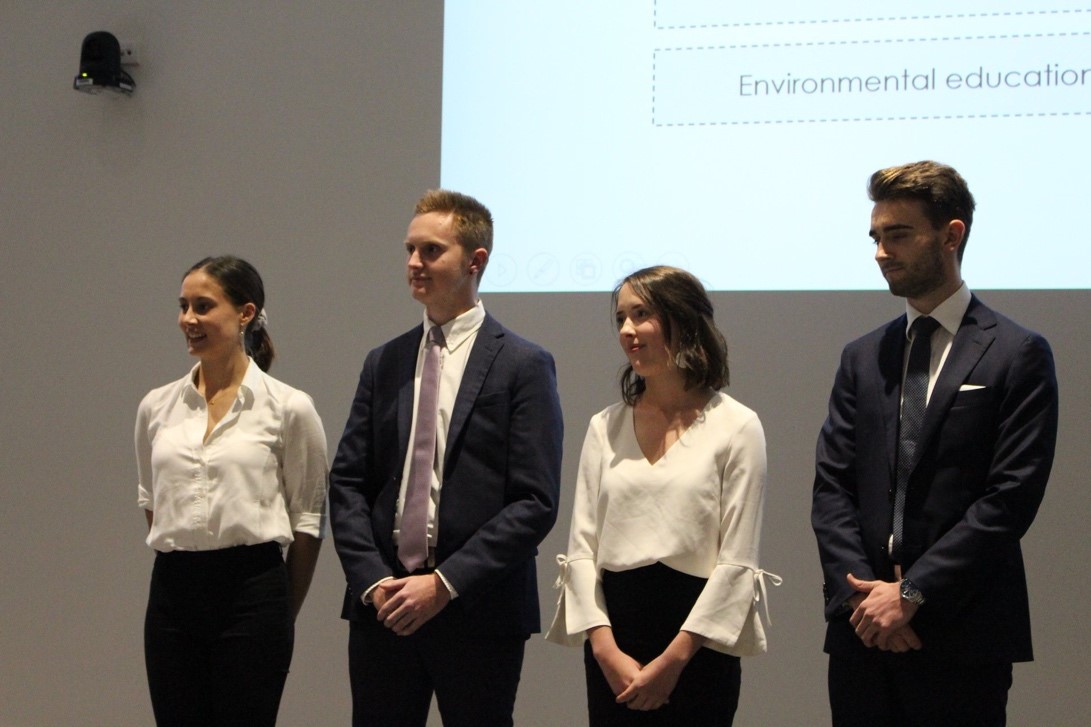 In the end, what set us apart from second place, according to the judging panel was our team’s linking of the strategy to the company’s values. We devoted the end of the presentation to showing the representatives from Zespri, the internationally-recognised kiwifruit producers’ organisation that, “see, we’re not completely going to change the fabric of your organisation you’ve worked so hard to build.”

But to me, what was infinitely more rewarding than any trophy or prize was finally recognising the worth of my knowledge and skillset. Three years of accumulating knowledge that I didn’t think I’d ever get to properly use, but finally being able to, was worth more than anything. For a science geek, the ultimate dream is being able to talk about nitrogen fixation and soil micronutrients and genuinely impress people. Which is apparently what happened according to the greatest advisor of all time, Professor Peter Green. Someone pulling the strings must have known that there would be an emphasis on sustainability throughout the competition. Consistently during the preparation time and Q&A before the judges, I was able to talk about something I learned in environmental science instead of my business degree. I rarely get to “geek out” in a setting where it matters. I had no idea that my obscene knowledge of geospatial information systems, water infiltration rates and so on would be useful in a business setting – especially to a multi-billion-dollar organisation.

Beyond this thrilling in-case opportunity, I also came to know some 40 other tremendous people from across the globe. We might’ve been there for a competition but no one watching us as the local bar could’ve guessed it. All those I met were among the smartest and kindest humans I’ve ever encountered. All of us embarked on an incredible journey together – one of nerves, anticipation, joy and of course lovely New Zealand scenery on the many, many bus rides we endured across the week.

Regrettably, I must admit I was somewhat relieved to come home after the week – battling exhaustion and terrifyingly-near assessment deadlines – but I did so with three new close friends whom I am forever grateful to. It’s not often that I still want to spend time with people I just spent a week locked up with, but Andie, Jack and Royce I am always more than happy to spend time with, no matter how stressful the scenario.

So to any students wishing to get more out of their studies, I really recommend giving case competitions a go. If an old soil science geek like me can find a use for her ridiculous niche interest, then you definitely can too.  Thank you QUT for alleviating my cabin fever and letting me use what you’ve taught me where it really matters. 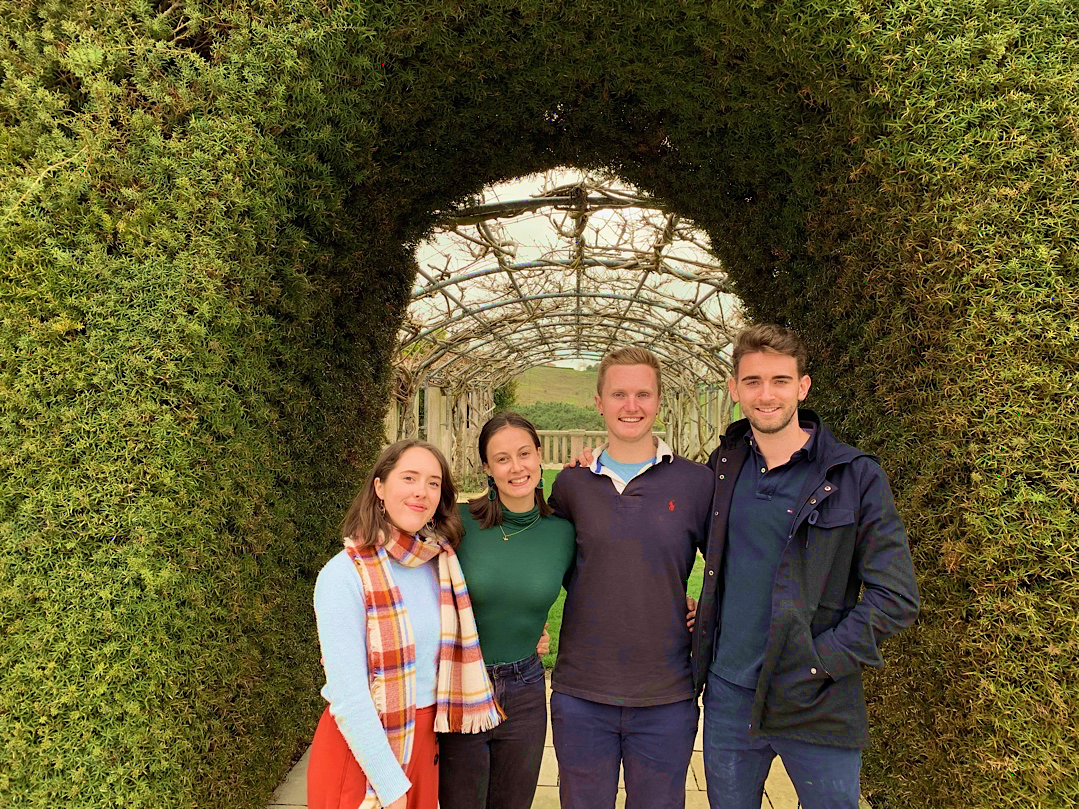